Abandoned Dog Is Found With Its Eyes And Mouth Glued Shut 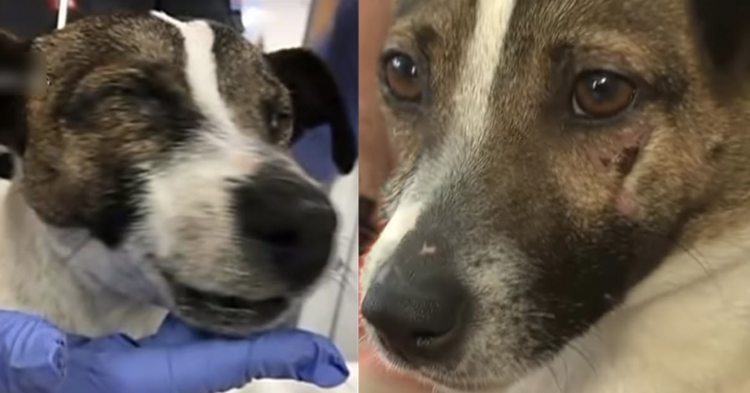 Abusers come in all shapes and sizes. By looking at an image of someone who has committed a violent crime against a child or an animal, you might not be able to see the depths of depravity within their souls. But when their heinous acts of violence and aggression are caught and exposed, the real person behind the smiling face is revealed and makes us look at the abuser differently every day moving forward.

Unfortunately, not every abuser or rapist gets caught. That means that some sex offenders or animal abusers could be living in your community, hiding behind their closely-veiled anonymity, as they commit violent offense after violent offense. The story around this poor abandoned dog sounds like it came from a person who prefers to let their true self shine through only while they’re hiding in the shadows. 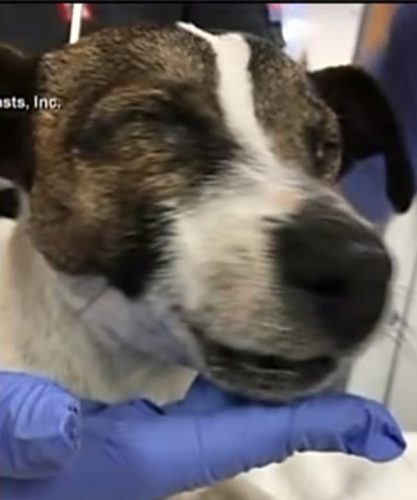 This Jack Russell terrier mix was found abused and abandoned in the streets of South Wichita, Kansas. The former owner of the dog – or some violent criminal with time to spare – glued the dog’s mouth and eyes shut. Whether the former owner did this or some hoodlum with violence on the mind does not matter. What matters is that a psychopath is wandering the streets of South Wichita with violence on the mind. If the police do not catch this perp soon, the next victim could be a little child instead of a dog.

Fortunately for the dog, someone with a heart saw it struggling in the street. The Good Samaritan decided to wander closer to make sure the dog was not injured. When they got close enough, they found, to their horror, that the poor pooch’s eyes and mouth had been glued shut. 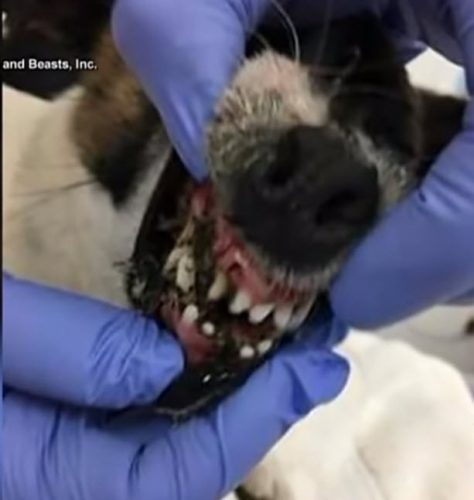 Not long after the Good Samaritan realized the extent of the abuse, the female Jack Russell terrier mix was taken to the Veterinary Emergency & Specialty Hospital. There, she was examined and found to have bruises littering her body. But it seemed that her abuser took out their anger mostly on the soft underside of the dog’s belly. 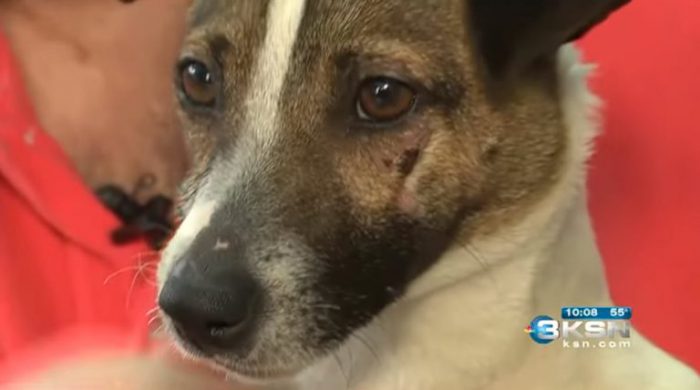 Doctors made the dog unconscious so they could operate. For hours, they removed the glue from the dog’s eyes and mouth. It was not an easy job. The glue was very strong and didn’t want to let go. Fortunately, the dog was now in good hands. Although the surgery was expensive and took the experts hours to complete, the dog was cared for, and the vets were committed to reviving it back to good health.

The organization shared an update on their Facebook page: “She has ulcerations on her eyes with slight vision and a tear in her lip and large bruising to her abdomen.” 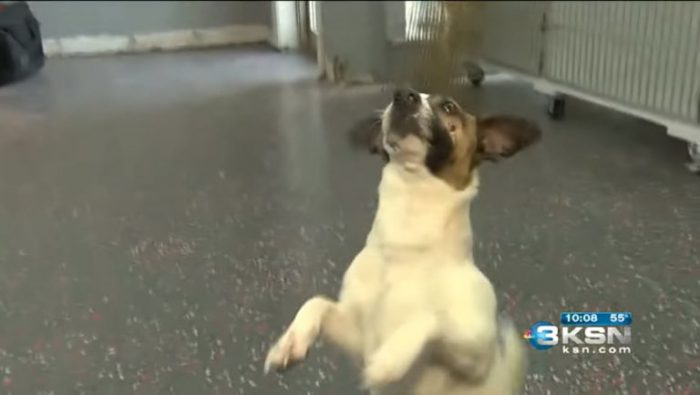 The South Wichita dog has since been renamed “Glory.” She has made a miraculous recovery. Her eyes and mouth work fine, and she loves to play and eat again – just like a normal, healthy dog.

The Waggy family offered to foster Glory, but they fell in love with her and decided to make their relationship officially by adopting her into their home.