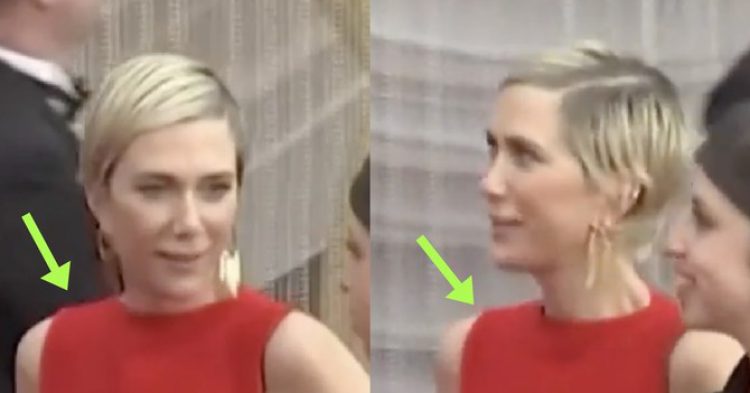 When Kristen Wiig showed up to the Oscars in a red dress, people were shocked. While she was just trying to bed this year’s hottest women in red, fans could not help but draw comparisons to what they thought her dress looked like. Although the actress is preparing to play Barbara Ann Minerva in “Wonder Woman 1984,” fans expected more from the comedian than what she wore on the red carpet for the 2020 Oscars.

Because Wiig was eager to make a good impression given her highly visible role in the new Wonder Woman movie, she was eager to turn heads on the red carpet. Unfortunately, she may have turned heads for the wrong reason as people were disturbed by her choice of red dresses. 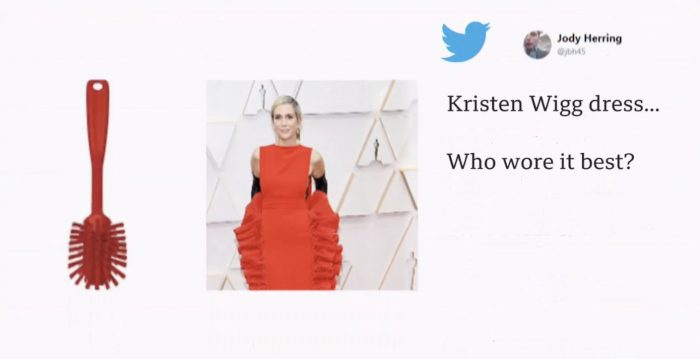 People turned to social media to ridicule Wiig for her red dress, referring to it as a “bloody tampon” and a “lobster dress,” as well as “lasagna” and “the lining of your intestines.”

The tweets came fast and furious and probably through Wiig for a loop because she had expected the dress to be a hit on the red carpet among the Hollywood elite.

“Kristen Wiig looks like a bloody tampon on the red carpet.”

“Desperately searching for a picture of Kristen Wiig because you guys NEED to see it. Comparisons at my current gathering include a bug, a Swiffer pad, the lining of your intestines #Oscars2020.”

“Kristen Wiig is giving us lasagna realness on the #Oscars.”

“Kristen Wiig is giving me Manila Luzon (drag queen) pad dress realness, and I don’t know if I love it or hate it.” 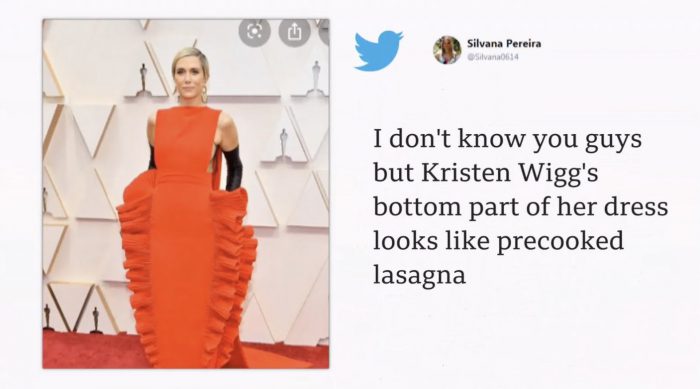 “Get your sea creature wiggle on, Kristen Wiig.”

“I love Kristen Wiig, but her dress looks like a red lasagna noodle.”

Another fan wrote, “Kristen Wiig is an architectural valentine, and I would buy this at papyrus if it still existed, RIP, stationary.”

While those might have been abrupt enough, one fan wrote, “On another, more positive note, Kristen Wiig’s dress is EVERYTHING!!! #Oscars2020.” Apparently, some people loved the dress despite its odd design and shape. 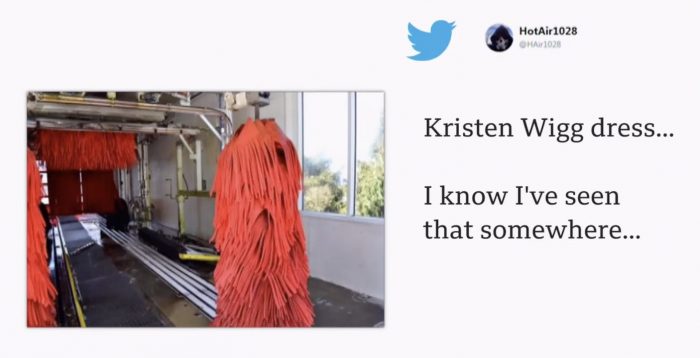 Another person, a die-hard fan of the comedic actress, wrote: “I adore Kristen Wiig, so I hope that the fact that her dress looks like a uterus is a political statement for women’s rights! #Oscars2020.”

Kristen’s Wiig dress was such a hot topic during the Oscars that it even made international news via the BBC News. These reporters took time out during the coronavirus outbreak to report on the lobster dress that Wiig wore to show off her stuff on the red carpet during the Oscars.

Although this dress was certainly unique, it was a bit of a shocker for people as they had never expected Kristen Wiig to make a splash as big as this.

What do you think about the actress’s lobster dress? Did she wear it well?