After All These Years, I Finally Learned What The Star On A Tootsie Pop Means 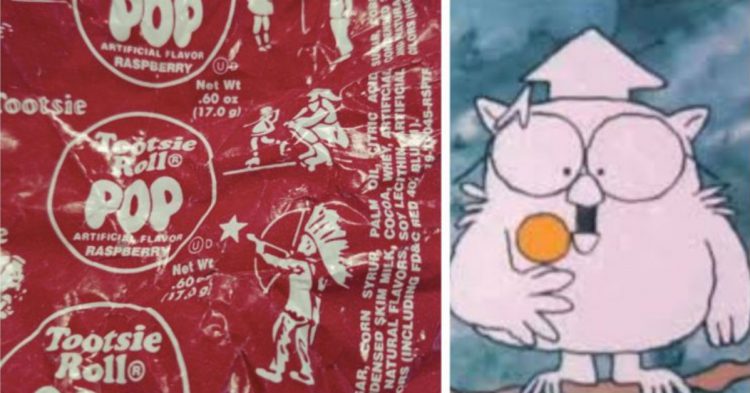 Tootsie Pops are a treat that has been around for decades. Although little has changed with these sweet lollipops in the intervening years, including their Tootsie Roll center and packaging, they’re still a popular treat for children of all ages. Because they’re sweet and easy to eat, people love getting their hands – and tongue – around a Tootsie Pop so they can get to the chewy, chocolaty center.

This candy was invented back in 1931 by an employee of The Sweets Company of America. But it was not until decades later in 1969 that the company changed its name to Tootsie Roll Industries and really started cranking out these delectable sweets.

Although the Tootsie Pop debuted back in 1931 when it was invented, it continued to delight children from all over the country. And it was one of those sweets that could be purchased for a cent or two, so kids would flock to candy stores after school to indulge their sweet tooth every so often on this treat.

Tootsie Pops come in a range of flavors including caramel, cherry, grape, orange, raspberry, watermelon, candy cane, and blue raspberry. More recently, the brand has expanded its range of flavors to include banana, pomegranate, blueberry, lemon, and green apple, which are all popular for the modern audience and buyers.

The Tootsie Pop brand really took off with kids after they aired an ingenious cartoon TV commercial featuring an owl and the tagline, “How many licks does it take to get to the center.” Not only did this tagline spark curiosity within buyers, but it also proposed a challenge that got people eager to partake. They wanted to see how many licks it really took them to get to the center – without biting into the candy, of course. During my eighth-grade science class, our teacher handed out Tootsie Pops and asked us to count how many licks it took. I wish I remember how many hundreds it was.

Tootsie Pops also included a secret on their packaging. It was a star. If you found the star after unwrapping your sweet, you got a free lollipop. Children around the country fought to find this very rare treat. It was akin to finding the golden ticket that would grant you entrance into Willy Wonka’s Chocolate Factory.

Because this issue was so rare, people started to question whether or not it was true. And it later came out that the star did not grant you a free lollipop after all. Instead, the star meant nothing. The company even released a statement about it.

“It has been rumored that local convenience stores used to give a free Tootsie Pop to anyone who brought in a wrapper containing the image of the shooting star. Unfortunately, we do not know how this rumor started, and Tootsie Roll Industries has never actually honored the promotion.”

However, a local convenience store owner might use the promotion to get kids to buy more lollipops.

But it’s not as rare as some hope.

“In fact, the shooting star appears on one in every four to six Tootsie Pop wrappers, just as frequent as the other images appear,” the company said.

Although the star doesn’t earn you free candy, it’s certainly the best image.