After Learning How These Two Young Sisters Died, I’ll Never Get In A Hammock Again. 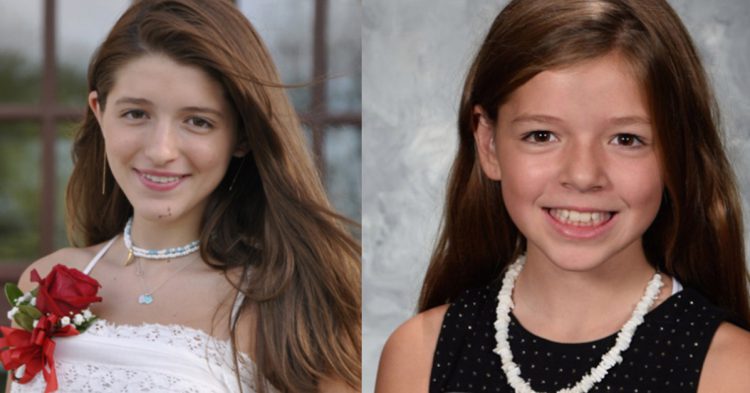 Two sisters from Cleveland Heights, Ohio, were enjoying a summery day in the sun. Fourteen-year-old Scout Scaravilli and her beloved twelve-year-old sister, Chasey, were lounging in a hammock in their family’s backyard. Both Scout and Chasey loved playing outdoors because it allowed them to connect to nature and to feel one with the earth and atmosphere around them. But when a tragic freak accident suddenly occurred, both Scout and Chasey would never breathe again.

The family had adhered the relaxing hammock to a brick pillar. Although the girls did not know this at the time, the hammock was not attached properly. The support on the brick pillar shattered, and suddenly the two girls, Scout and Chasey, found themselves under a heavy pile of bricks. The stones were suffocating them, crushing the life out of them. And before they had time to flee, both sisters were trapped under the heavy bricks with little hope of getting out.

Their younger sister jumped to action. She picked up the phone and called 911 while her parents ran over to the scene of the accident to get the injured girls out from under the bricks. The bricks were heavy, and there were a lot of them crushing the teenage Ohio girls.

“My parents are trying to get it off! They’re screaming right now,” the younger sister told the dispatcher. “I’m really scared. I need help, really bad! Really, really bad!”

Unfortunately, hammock accidents like this are more common than you’d think. But there are measures that can be taken so other families do not experience the same horrific tragedy that the Scaravillis did when their two beloved daughters died in the freak hammock accident in Cleveland Heights, Ohio.

Inside Edition ran a report on the tragedy and shared the following description of the report on YouTube:

“In a tragic freak accident, two sisters are dead after the pillar holding the hammock they were laying in collapsed, burying the girls under a mountain of bricks. Their younger sister made a frantic and heartbreaking call to 911, pleading for help as her parents tried to save their daughters. This kind of accident, where one of the hammock supports gives way, is not unprecedented. We spoke with hammock safety experts about how to safely rig up your own hammock.”

Viewers on YouTube also shared thousands of comments in response to the premature death of these two Ohio girls.

“I can’t imagine how awful that sister had to be feeling. This is really hard to hear.”

“It’s sad to think that two young girls died while just trying to have a relaxing day in their backyard. This is absolutely heartbreaking. I hope the family is holding up well.”

“I just feel terrible for the little sister who made that call. She must have been fearing for her life for her sister. May the girls rest in peace.”

“Wow this is so incredibly sad. Just imagine how traumatized the 12-year-old sister is, seeing her sisters literally die in front of her.”

What do you make of this tragedy?