Airline Bans U.S. Senator, And She’s Not Happy About It

“We have notified Senator Lora Reinbold that she is not permitted to fly with us for her continued refusal to comply with employee instruction regarding the current mask policy.” 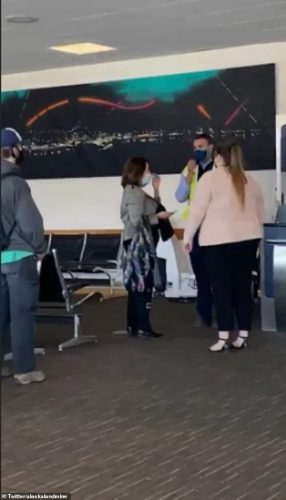 However, Reinbold, a Republican representing Eagle River, claimed that she was never told that she was banned from Alaska Airlines and said she hopes that the airline will open its doors to her soon in the near future.

In one video from the alteration, Alaska Airlines employees are calmly telling Reinbold that she has to wear her mask over her mouth and nose. In another video, which appeared to have been filmed by the state senator herself, Reinbold seems to have the camera turned upon the airline staff. 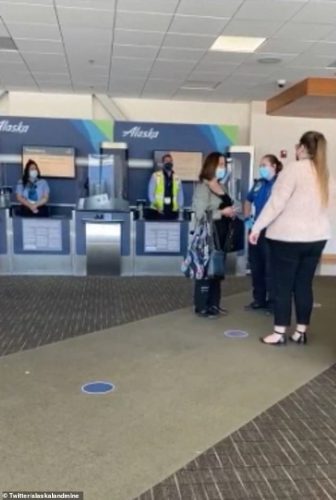 According to the GOP senator, in a conversation she had with Anchorage Daily News, Reinbold claims that she was arguing about the “mask exemption with uptight employees at the counter.”

“I was reasonable with all Alaska Airlines employees,” she claimed and confessed that she was able to board the flight to Anchorage. However, she was banned from the airline shortly afterward because she was fighting with employees regarding the strict mask mandate.

On social media, an account called The Alaska Landmine shared footage of Reinbold arguing with employees about the mask mandate, writing: “Whoa! A source just sent this video of Sen. Reinbold at the Juneau airport. She was refusing to wear the mask, and the police got involved! She’s also filming @AlaskaAir employees and asking for their names. Hyper loose.”

Reinbold has been very critical of COVID-19 regulations as well as the Alaska Airlines policy to have passengers wear masks on board flights. The airline enforced a mask mandate before the federal government made it mandatory.

In a comment last year, Reinbold called Alaska Airlines staff “mask bullies” and complained that she was politely asked to wear a mask while onboard the flight. She has since been banned from all Alaska Airlines flights because of her behavior and treatment of employees.

Now, Reinbold will need to find alternative modes of travel to get to southcentral Alaska to meet in Juneau when the legislative session resumes this week.

Alaska Airlines has been more than five hundred people.

Do you think this state senator should be arguing with employees about the airline’s mask policy?