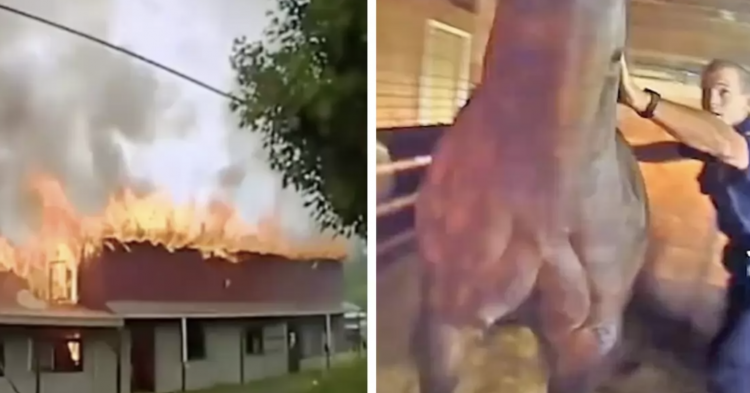 Fires are terrifying. They can rip through the world we know – our home – in a matter of minutes. When they rage and burn, fires destroy everything in their path and leave nothing in their wake except ash, smoke, and destruction. That’s why when a fire erupted at a barn at  Red Wing Farm in Pennsylvania, the community came together to help save the animals that were trapped inside the burning building.

Among the brave police officers who responded to the scene of the fire at the farm that day were officers Matthew Reiss and Kristian Hanus. They set out to save the day when they learned that Phoebe, a female horse, was trapped inside the burning barn and could not move out of fear. The horse was so horrified by the blazing building that she was frozen in place and could not get herself to move no matter what.

Officers Reiss and Hanus arrived on the scene and were immediately told that a horse was trapped inside the barn. Without missing a beat, the brave cops burst into the burning building in an effort to get the horse out of the barn alive.

The officers did not waste a moment. They rushed into the barn to see if they would be able to save Phoebe before the fire stole her life away from the world. 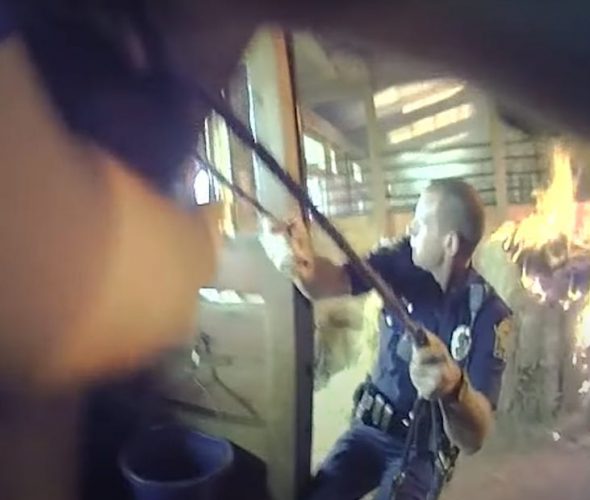 “Up until then, it was just a normal day. We were doing paperwork when we got the call for a barn fire on Hilltown Pike,” Reiss told the Bucks County Courier Times.

The pair of men did their best to get the horse out of the burning barn, but the critter was very scared and did not want to move.

“Pull it, Kristian, pull!” Reiss yelled to Hanus. The pair struggled to get the 22-year-old mare out of the barn and over to a safer place while the fire burned the building down around them. 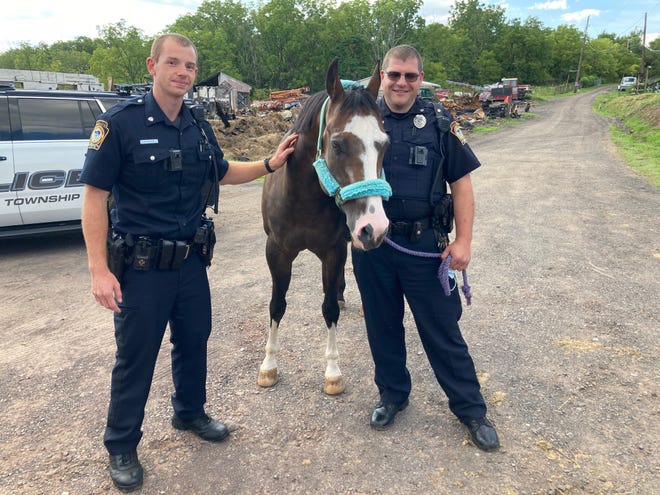 “That’s where we found a very frightened Phoebe,” said Officer Hanus. “She was in her stall and didn’t want to come out because the flames were right there.”

Police officers are responsible for bringing order and calmness to a situation. During this day, on July 23 at the Pennsylvania farm, “chaos” was the only thing that was happening.

“When you arrive, you do a thousand assessments — what do we have, what do we need, how do you get things under control,” Reiss said. 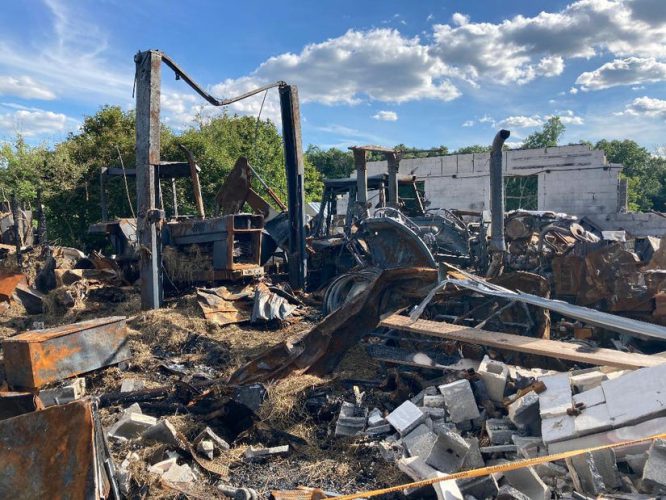 Neither police officer had much experience with horses.

“I rode one once when I was a teenager, you know, in the Poconos on one of those trips with your family,” Reiss said.

The police officers were able to pull Phoebe out of the burning barn by grabbing a leash. Reiss pulled on the leash while Hanus pushed the horse forward.

“I don’t know how I did it,” Hanus said, “just got behind it and tried moving her in the right direction.” 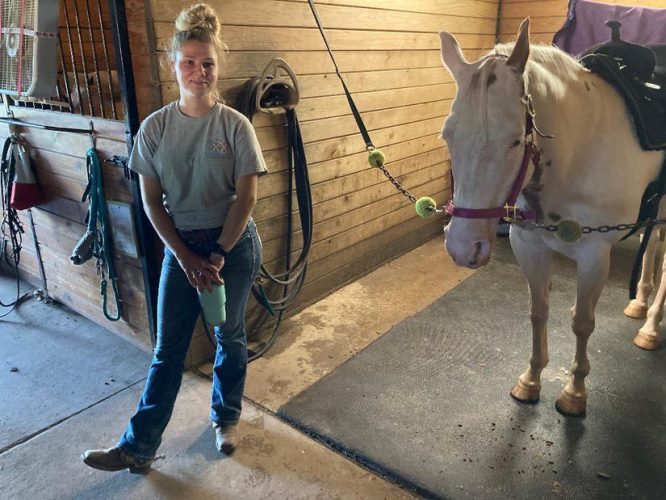 Thankfully, horse trainer Lena Obernesser (above) rushed in and covered the horse’s eyes. With some effort, they were able to rescue Phoebe.