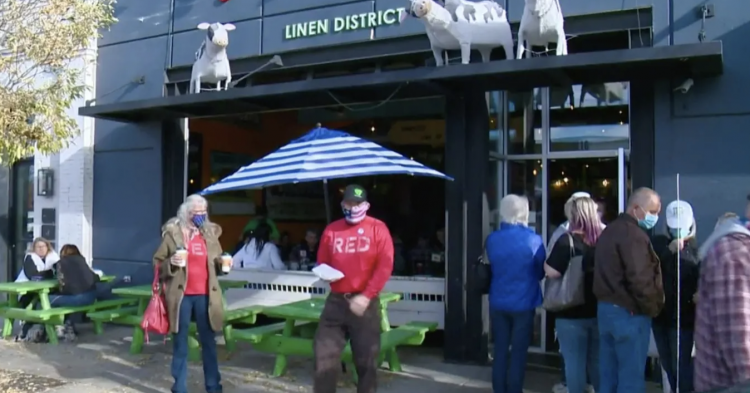 The morning rush is a common sight at Big City Coffee in downtown Boise, Idaho. The establishment is a popular coffee shop that attracts students and businesspeople alike. However, the owner of the café recently decided to cancel the expansion of a second location on the campus of Boise State University because some students complained about a flag that the business owner was flying inside his establishment.

The flag that sparked controversy was hung up at the downtown coffee shop. Many students complained that the Thin Blue Line flag was threatening to them since it is a symbol often used in opposition to the Black Lives Matter movement. Students at Boise State University wanted to feel safe and included and felt that the owner of the Big City Coffee had a secret agenda that was unpopular among the college’s student body. 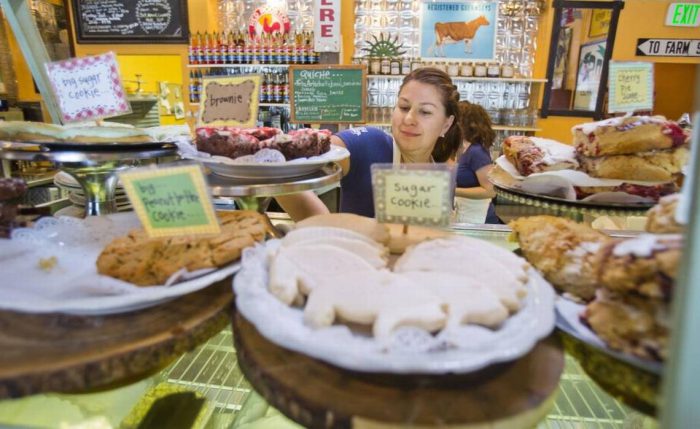 However, Sarah Fendley (above), who owns the downtown Boise coffee shop, refused to take down her Thin Blue Line flag. She has been flying it in her shop for some time now because she wanted to honor her fiancé, Boise Police Cpl. Kevin Holtry, who was shot but not killed while on duty back in 2016. 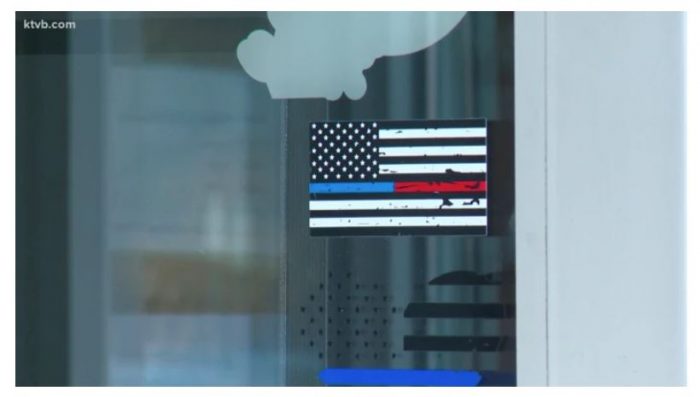 Fendley contacted the college and asked them to release her from the contract to build out the second location. They agreed to let her out of the contract and to find another coffee shop that would be more willing to accommodate the desires of the students.

Holtry, Fendley’s fiancé, said that he was “blown away” by all the supporters who expressed their concern on social media after the coffee shop owner posted about the incident on social media.

He told KTVB: “This is really touching, and it’s been a very amazing day – I’ve been here for two-and-a-half hours, and it’s been like this the entire time. It shows what a great community we have, and what people really think and what people – how they live and how they support, not just first responders but local businesses and people who really commit their lives to Boise.” 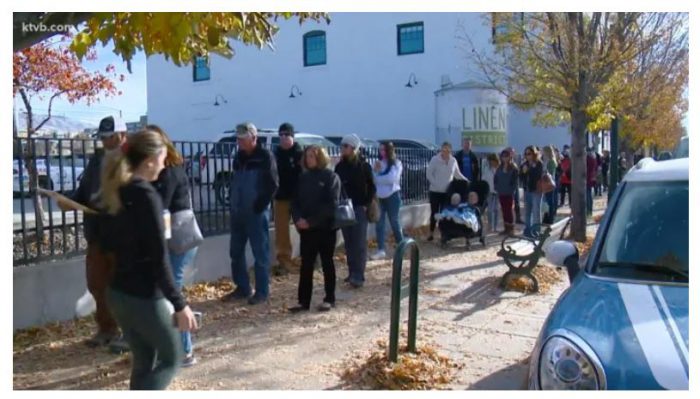 Holtry confirmed that Fendley abandoned the contact with the school because of an “extremely small vocal minority” that overpowered her.

“There’s this misconception that [Fendley] left of her own free will, which is actually not even a half-truth, probably an eighth-truth, because she knew darn good and well that she wasn’t going to get the support,” Holtry added.

When news got out about the criticism of the Thin Blue Line flag, people patronized the establishment en masse, many of whom were not social distancing or wearing face masks.

She said: “When it comes to masks, we hope people will take the need to wear one seriously, and we are focused on education first and foremost. We are not encouraging people to call in complaints on individuals. If there is a complaint about masks and the situation turns confrontational, or there is further disregard for public safety, then we tell people to call the police. Again, we have not received any complaints or calls for service at Big City Coffee.”