Cop Takes Call On Homeless Family Living In Their Car, Tells Young Girl To “Hop Out” 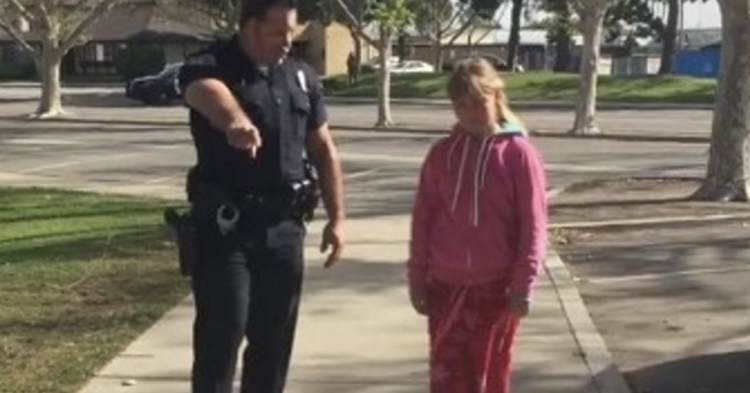 A homeowner from Huntington Beach, California, became deeply suspicious of a family lurking around the neighborhood. The resident continued to spy on the family until they picked up the phone and call the police. When an officer arrived to check out the family, he took one look at the little girl and ordered her out of the car. When he told her to “hop” to it and move along, the little girl jumped to obey the man of the law.

After the incident, the Huntington Beach Police Department posted to their Facebook page: “This morning an officer checked on a suspicious occupied vehicle in the area of Graham and Edinger. During his investigation, he learned the people in the vehicle were a mother and her 11-year-old daughter, and they had been living out of their car.” 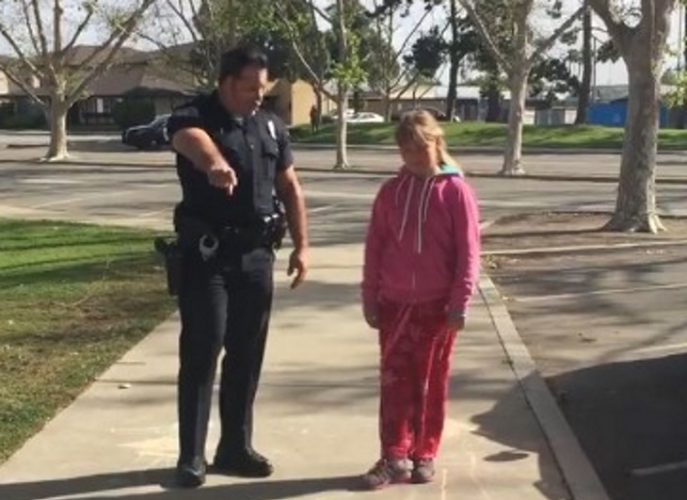 Because Officer Zach Pricer was devastated to see a homeless family in his community, he decided to do the right thing and get them help. He did not want to see a homeless eleven-year-old girl living on the streets of the community without a place to call home or to rest her head before heading to school each day.

While the family waited to receive help from the Homeless Task Force, Officer Pricer took it upon himself to keep the little girl occupied and focused on positive things. After he asked her to exit the family’s vehicle – the only home they have had leading up to the incident – and engaged her in a game of hopscotch. 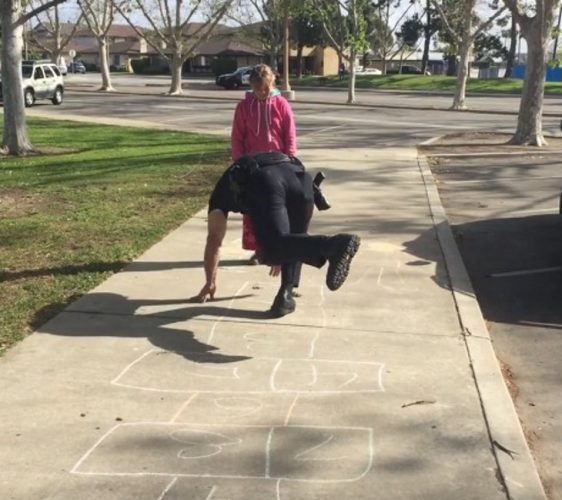 Officer Pricer knew that he was intimidating to the little girl. Not only had someone called the police on them because they were down on their luck, but she was also terrified that the cop was there to separate the family. Fortunately, Officer Pricer knew to take immediate action to assuage the girl and let her know that he was only there to help her and her family get out of a difficult situation.

As the officer worked on housing arrangements with the mother, another officer on the scene, Officer Pricer, began displaying his expertise in hopscotch to the daughter.”

Officer Pricer was able to diffuse a stressful situation by getting on the same level with the eleven-year-old girl and playing hopscotch with her. Because the little girl had never played the game before, the cop, who towered over her, taught her the rules of the game and even gave her a few pointers about how to win. 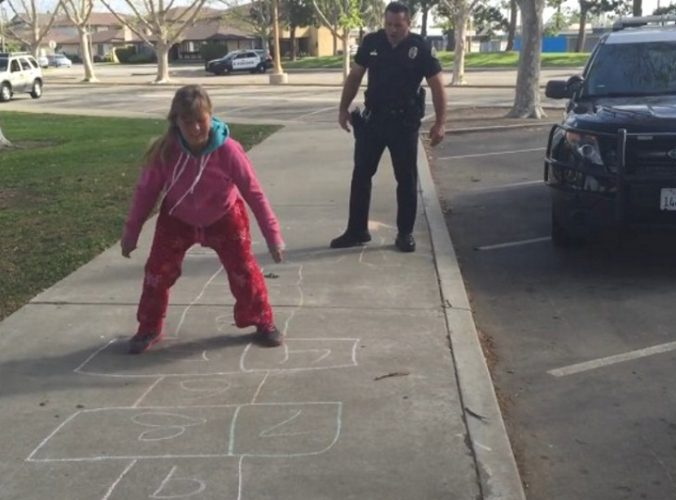 One Facebook user commented, “Very sweet, but the officer is out. You can’t use your hand to balance when picking up the marker. Way to go, Officer Pricer, you’re a good man.”

Although Officer Pricer might not be the most graceful hopscotch competitor in Huntington Beach, he certainly knew how to use his power as an officer of the law to help a young girl in need. Thankfully, the Huntington Beach police were able to get this family help from the Homeless Task Force and get them off the streets for the time being.