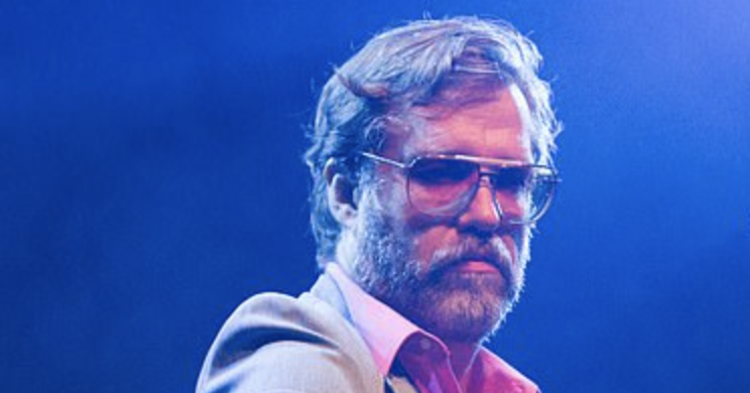 John Roderick, 52, hoped to make a name for himself as a musician and podcast personality. However, he will be forever known as the “Bean dad” after he starved his daughter for six hours while the little one figured out how to use a can opener without help from Roderick. Although the Seattle social media personality hoped to find himself delighting his followers with the atrocious incident of starving his children, he has since come to terms with his mistake and issued a heartfelt apology.

“So, yesterday, my daughter (9) was hungry, and I was doing a jigsaw puzzle, so I said over my shoulder, ‘make some baked beans.’ She said, ‘How?’ like all kids do when they want you to do it, so I said, ‘Open a can and put it in a pot.’ She brought me the can and said, ‘Open it how?'” 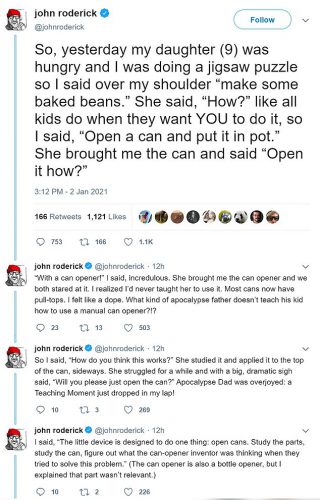 Roderick continued his rant in the comments of his tweet, writing: “‘With a can opener!’ I said, incredulous. She brought me the can opener, and we both stared at it. I realized I’d never taught her to use it. Most cans now have pull-tops. I felt like a dope. What kind of apocalypse father doesn’t teach his kid how to use a manual can opener?!?

“So I said, ‘How do you think this works?’ She studied it and applied it to the top of the can, sideways. She struggled for a while and, with a  big, dramatic sigh, said, ‘Will you please just open the can?’ Apocalypse Dad was overjoyed: a teaching moment just dropped in my lap! I said, ‘The little device is designed to do one thing: open cans. Study the parts, study the can, figure out what the can opener inventor was thinking when they tried to solve this problem.’ (The can opener is also a bottle opener, but I explained that part wasn’t relevant.)”

When this failed, “Eventually she collapsed in a frustrated heap,’ he said. ‘I said, ‘Explain the parts.'”

He did not do this in a way that she could understand. When she became so frustrated with the task, she stormed off and began reading a book – but not before Bean Dad told her, “Neither of us will eat another bite today until we get into the can of beans.”

For six hours, his daughter tried to open the can but failed every time. 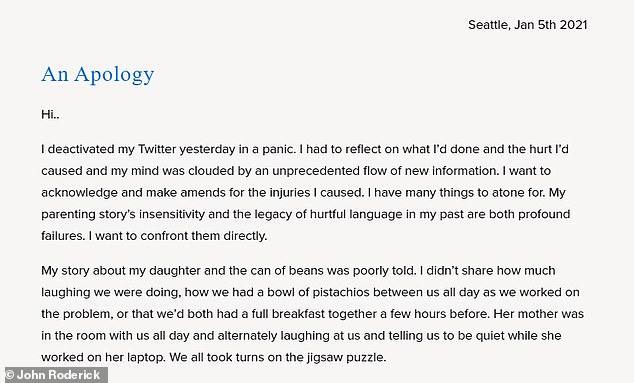 “I’d been tempted many times along the way to guide her hand,” he wrote. “I wanted her to experience the magnificence of the can opener SO MUCH I couldn’t stand the suspense. Neither of us likes baked beans that much — the cupboards are bare — so it seemed like a paltry reward for this work.”

Eventually, the staring girl figured out how to open the can of baked beans and felt “proud” at her minor accomplishment.

“‘I’m proud of her too,” he said. “I know I’m infuriating. I know this is parenting theater in some ways. I suffer from lack of preservation myself, and like all parents, throughout history, I’m trying to correct my own mistakes in the way I educate my child.”

The internet was not so kind of the Bean dad.