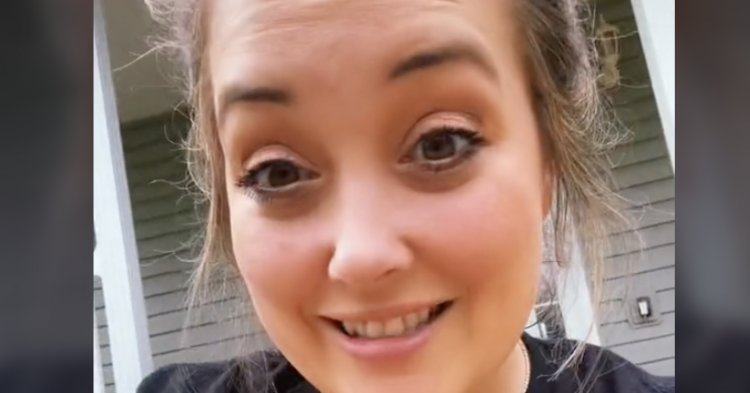 Almost every parent struggles with coming up with the perfect name for their baby. Not only do parents have to sort through hundreds of names to find the one that is just right, but they also have to navigate the complexities of naming a child after someone else. One TikTok user named Kristina, who posts content under her alias @keepingitkristina, recently posted a video about the origins of her name and the shocking reason she was given the name she has to this day.

Apparently, Kristina was stuck in the middle of a marital dispute when she was about to be born. The parents decided that they would allow one parent or the other to name the little child depending on her sex. The agreement was that if she was a boy, her mother would get to name the child after her father. However, if she was a girl, which she was, her father would get the opportunity to pick the baby name.

When Kristina was born, her dad got right to work naming her the name he wanted. He did the paperwork while the mother was recovering from childbirth and was not entirely “with it,” which made it even easier for the dad to get his way when choosing the baby name.

Kristina’s mom did not have a problem with her baby’s name – for the first few months. However, once she figured out the real reason the father named the baby girl Kristina, she was furious.

According to Kristina, her father had been engaged in a secret love affair with a mistress. He decided to name his daughter after the woman he was sleeping with on the side, whose name happened to be Kristina. Once the mother learned about the real reason her baby was named Kristina, she was absolutely furious.

“If he messed up and called [Kristina’s mother] the wrong name, he could say he was talking about me,” the TikToker said. The viral video was captioned with a wish for the woman that she was named after that she hoped she was making her proud.

Most people on TikTok agreed that the father made a mistake naming his baby after his mistress.

“That was pretty selfish,” one TikTok user wrote.

Another person added that the revelation was a “twist I wasn’t expecting.”

“I would have changed your name,” one person wrote, suggesting that her mother should have used her parental authority to change it to something more appropriate.

By naming his newborn daughter the same thing as his mistress, the father was able to trick his wife into thinking that he was a faithful husband. In reality, he was using his daughter as a prop to protect himself from the truth of his illicit affair.

What do you think about the origins of Kristina’s name?