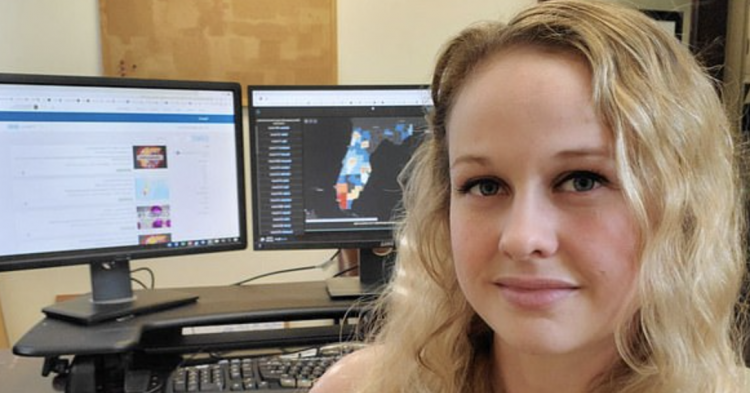 Florida police raided the home of a scientist who wanted the world to know the deadly truth about COVID-19. Armed police officers burst into the home of Rebekah Jones, the scientist responsible for building the Florida health department’s COVID-19 dashboard, before she was fired for alleged insubordination. Jones exposed the armed police raid on her home by recording the incident on video and then uploading the armed raid on Twitter.

Since their plot was exposed, the Florida Department of Law Enforcement confirmed that they launched an armed raid of the data scientist’s home. She has been under surveillance for more than a month since early November because someone accessed Florida’s emergency health alert system. 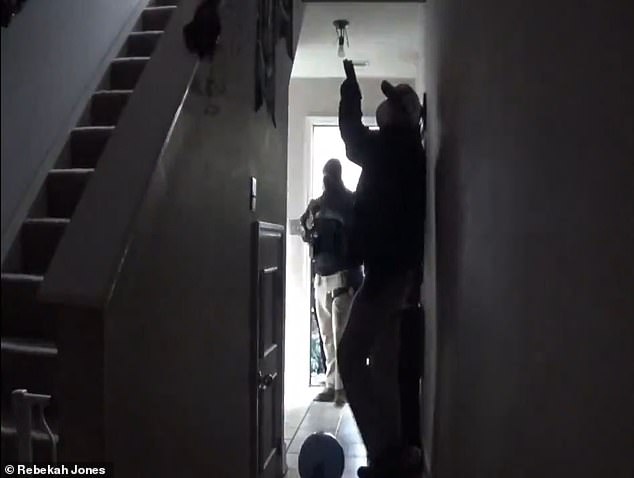 “At 8:30 am this morning, the state police came into my house and took all my hardware and tech. They were serving a warrant on my computer after DOH filed a complaint,” she wrote. “They pointed a gun in my face. They pointed guns at my kids.”

Footage of the raid shows that police officers treated Jones like a common criminal. They also put her children’s lives in harm’s way by aiming loaded firearms at the children. 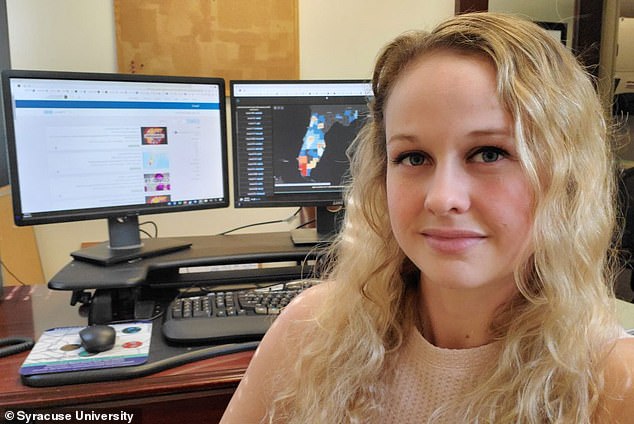 The video of the raid opens with Jones opening the front door only to have an armed FDLE agent burst into her property. The agent orders Jones to vacate her own home before asking if anyone else is inside the property. Jones confirms that her husband and children are home. The agent barks an order for her husband to come down pronto.

“Police! Come down now! Search warrant,” the agent shouts before pointing his firearm toward the staircase.

Jones begins to get frightened because the agent is wildly wielding his weapon inside her family’s home. 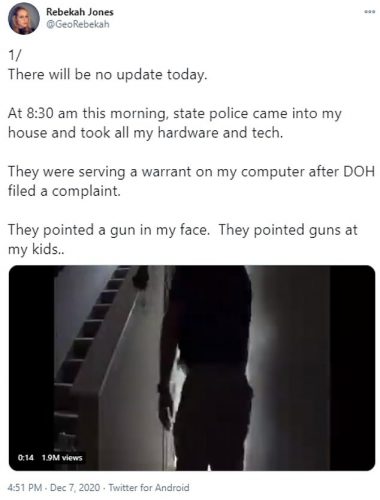 “He just pointed a gun at my children!” Jones shouts.

The agent, who is one of four armed FDLE agents caught in the video, ignores the mother and proceeds with his aggressive search.

Jones was awarded recognition earlier this year because she helped create the COVID-19 dashboard that has been helping keep Floridians alive during the global pandemic. However, she was terminated from her geographic information system manager position for reported “insubordination” when a superior told her to stop making public announcements about Florida’s alarming COVID data.

Florida officials ordered Jones to manipulate data to paint a better picture in the state so they could keep their economy open and avoid a mask mandate. Jones did not want to comply with an order that would result in the death of thousands of Florida residents – especially those with preexisting conditions or who are elderly. 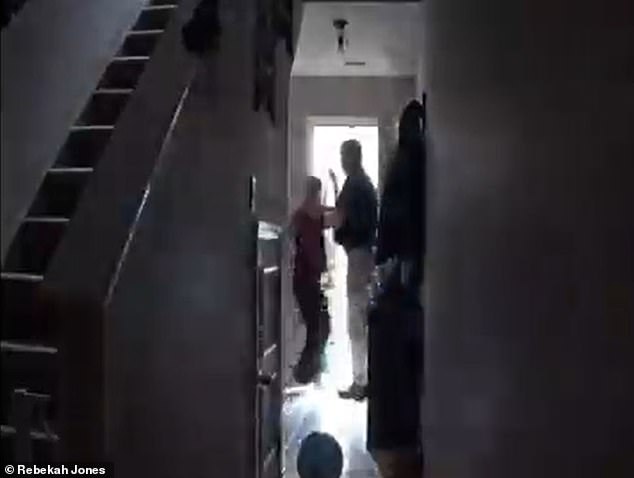 “(The armed officers) took my phone and the computer I use every day to post the case numbers in Florida and school cases for the entire country. They took evidence of corruption at the state level. They claimed it was about a security breach. This was DeSantis. He sent the Gestapo.”

What do you think about the way Florida cops treated this scientist and her family in their home?