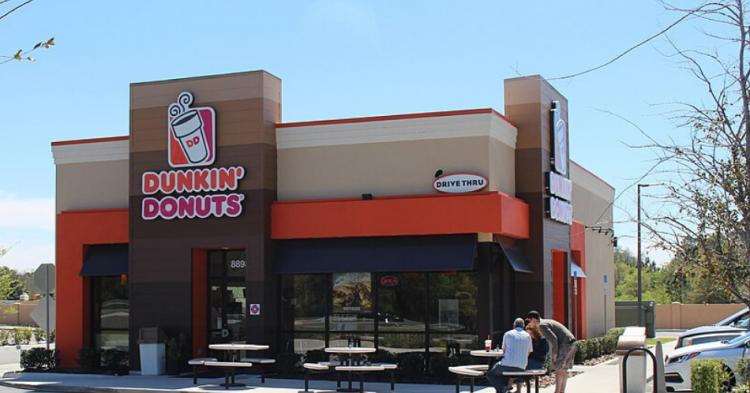 Food waste is a huge problem in America. However, some waste could be preventable. However, one worker at a Dunkin’ location revealed that the chain restaurant does not have a creative way to unload all of their unsold baked goods at the end of the day. Instead of donating the food to a homeless shelter or some other needy organization that could put the food to good use, Dunkin’ employees are instructed to throw everything into the garbage where no one can eat it.

Bryan Johnson, a Dunkin’ employee, turned to TikTok to expose the company’s wasteful practice. Johnson, a sixteen-year-old working at one location, has shared a number of videos from his time on the job. In one video, Johnson is ordered by his superiors at the fast-food restaurant to throw away more than 300 donuts at the end of the day, despite the fact that they are all perfectly edible and still delicious.

Johnson’s footage shows just how many donuts and “munchkins” are thrown out after a slow day in the restaurant. It is quite shocking because all of the food is still good and could easily be donated to people in need, like the homeless or those who are struggling to put food on the table during the coronavirus pandemic.

“We throw out so much food at the end of the day,” Johnston said in one of his many videos on the Chinese-created social media platform. “I do get to bring some [donuts] home if I want to, but this is just the routine I have to follow.”

Johnson shared the coffee shop’s closing routine and revealed that he had to toss so much food into the garbage – per corporate orders.

“Give them to the homeless. This is a waste,” one person said.

“There [are] people suffering give it to them,” another reiterated.

“This hurt me for many reasons,” a third added.

Because Johnson has seen so many people share their outrage at the food waste, he has turned to Dunkin’ to see if there is something that can be done. However, company policy might not make that easy for him to do.

“What I have been told about the policy from my manager is that we (the workers) are allowed to take the donuts before we trash them, but we would have to take them in a discreet bag or box that doesn’t have the company’s logo on it,” Johnston explained to In The Know. “That way, if we decide to give them out or to the homeless, the company cannot get sued.”

He added, “However, that was a while ago … and [the rules] seem to change a lot. Even though I technically could take the donuts to the homeless, I legally can’t give [them] to shelters unless the company allows it (which they don’t).”

Restaurants that donate food can be put at risk of a lawsuit. This is the primary reason that Dunkin’ does not give their leftover food to the needy. They’re terrified that someone will come after their massive corporation.