Everyone Said He Wasn’t Hot Enough For His Girlfriend Until He Got A Drastic Makeover. 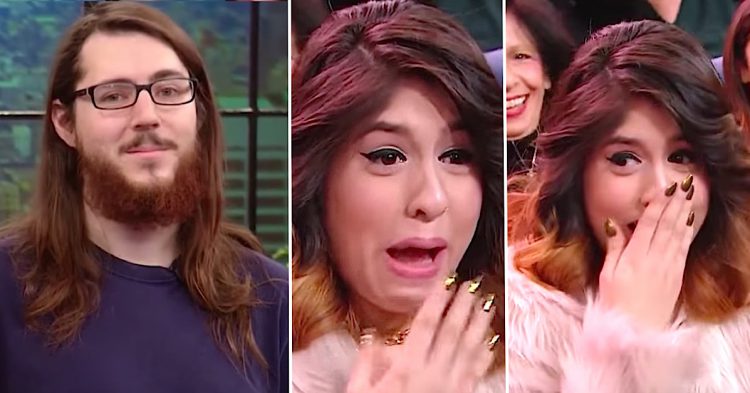 Everywhere Brandon went with his beautiful girlfriend, Clara Belle, people, would do a double because she always looked completely out of his league. Other people were stunned that he’d ever been able to land a girlfriend as hot as Clara Belle. But underneath this unkempt look, Clara knew that Brandon was a handsome man with a beautiful soul. Because of that, she loved him for who he was, but deep down inside, she struggled to admit to herself that she wished he did something to turn himself into a man who was “hot” enough to be with her.

Brandon never felt very inspired by fashion or looking good. But Clara Belle was head over heels in love with looking her best. She always had a glammed-up look and polished her nails and would color her hair and do everything. Appearances really mattered to her, but when it came to her beloved boyfriend, his personality mattered more.

But Brandon wanted to do something that would shock Clara Belle in a very good way. Because he always left the house in a T-shirt and jeans and rocked an unkempt look with long hair and a raggedy beard, he felt it was time to follow his girlfriend and do something better.

That’s why Brandon sought out an opportunity to get a makeover on The Rachel Ray Show. But to make it as big of a surprise as possible for Clara Belle, he lured her onto the show under false pretenses. But it was not a malicious lie. It was all done so he could give his lover the surprise of her life.

Although Brandon knew that Rachel Ray’s team would utterly transform the way he looked, he was confident that they’d do a good job. He got the chance to work with fashion guru Gretta Monahan to get his makeover. He got an entirely new wardrobe and a fresh new haircut as well as a trim to his facial hair.

Gretta was super excited to work with Brandon. He was so confident in her abilities that he let her do whatever it was she felt would make him look best. There’s nothing more exciting for a creative stylist than a blank canvas to work with.

When it was time for Brandon to reveal his new look to Clara Belle, Gretta was super excited to show off her masterwork.

“I just want to warn you all that your jaws are gonna drop,” Gretta said. “I have something in store for him that you’re not going to believe!”

When Brandon came on stage, Clara Belle was stunned. He looks like a new person but is still the man she fell in love with.

Then he revealed the real reason he came on the Rachel Ray Show and shocked Clara Belle twice in two minutes.

Watch the delightful moment below!