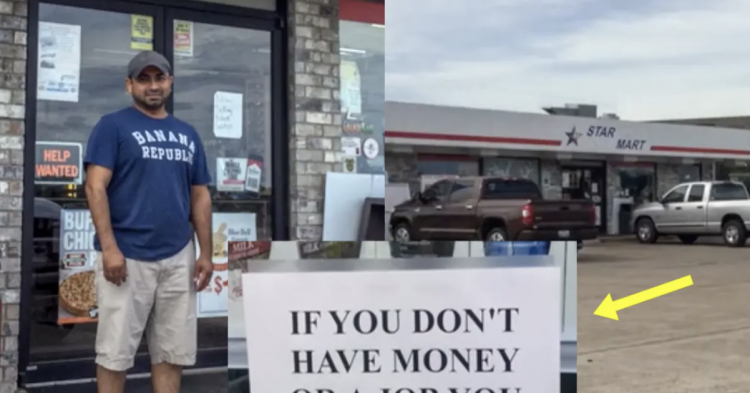 A few dozen miles east of Dallas, Texas, a gas station owner in Lake Fork posted a sign that has sparked controversy across the entire country. Before the gas station owner put up the sign bashing low-income customers, Lake Fork was not famous for much except for its amazing bass fishing. Now, the small convenience store named Start Mart, which is owned by Frank Hemani, has become the center of a huge controversy after the business owner had a message for poor people who came into his shop.

Although Hemani describes himself as a “people person,” the sign he posted in front of his small business proves otherwise. Start Mart is located on Farm Road 515 between the lake and Emory and serves customers from the local community as well as those passing through town on their way to Lake Fork to do some fishing. 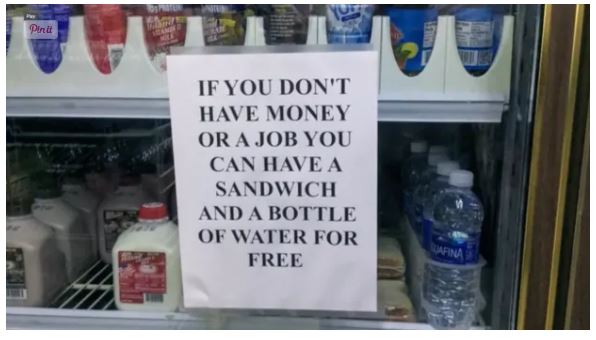 Hemani’s store looks like most other convenience stores, except he posted a shocking sign on the refrigerator window near where he sells his dairy products like milk and eggs.

The sign reads: “If you don’t have money or a job, you can have a sandwich and a bottle of water for free.”

Frank said that he was outraged by the state of the world and hated seeing poor people struggling to get by. That’s why he decided to open his generous heart big and wide and provide some free food and water to those who are truly in need. He says that after posting the sign near the milk fridge, he has handed out about six sandwiches for free every week.

Recently, Hemani saw a woman pull up to his store with two children in the backseat of her car. The children were crying because they were so hungry, but the poor mother did not have enough cash to buy the children the food they needed. That’s when Hemani stepped in to make sure the children would not go without a meal – he made them a pizza. 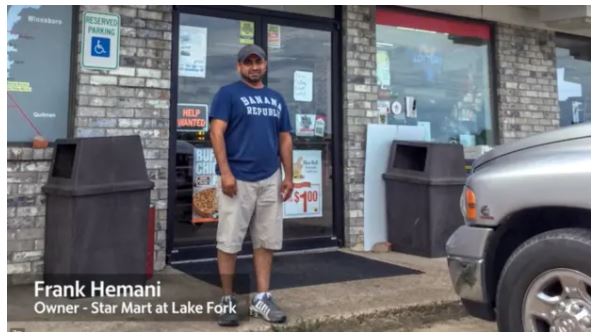 “I have been blessed. I have never had to struggle.”

He wants to give back to the people in his close-knit Texas community and show them that he is there for them in their moments of need.

Hemani said the idea to hand out free food to impoverished Texans came to him after he saw a YouTube video from a grocery store doing something similar. He was inspired to be one of the good people out there.

“There are a lot of people out there that will help other people.”

He posted the sign on his store’s fridge about two months ago and has been helping people in need every since. Because he has lived in the community for the last ten years, he understands how important it is to help out his neighbors. Lake Fork, Texas, is a small community where “pretty much everybody knows everybody.”

Hemani doesn’t just own the Star Mart. He’s also the owner of two other businesses in the area, which are Minnow Bucket Marina near Quitman.

What do you think about this Texan’s big heart?