He Brought A Rocket Launcher To Order A Sandwich, And I Just Had To Get A Photo 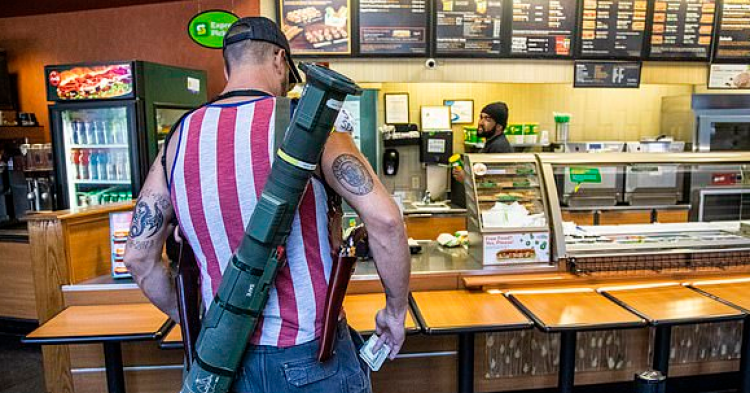 One man from North Carolina does not like that the government has put states into lockdown to slow the spread of COVID-19. Because he has “feelings” about it, he decided to protest the lockdown by strapping every weapon he could find onto his body and then hitting up a protest to make his views be heard. But this man, one of eleven armed protestors, got hungry during the protest, so he went into a local Subway sandwich shop – rocket launcher, two pistols, and all – so he could order his favorite sandwich.

The protestors in North Carolina who are showing up with rocket launchers and guns are joining into the protests organized by group Blue Igloo. Because this group has no respect for the science behind the lockdowns, which are in place to slow the spread of COVID-19 so North Carolina hospitals are not overrun with sick people, the protestors defied the lockdown and protested without masks in defiance of social distancing recommendations. 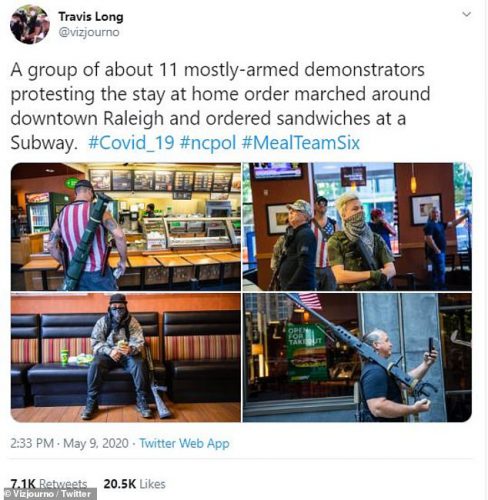 The man in the image was found at a local Subway shop with an AT4 rocket launcher across his back along with two pistols strapped to his hips via holsters. News & Observer photojournalist Travis Long captured images of the armed protestors while they were on the streets and while they were ordering sandwiches.

Dozens of protestors from the Blue Igloo group showed up in Raleigh, North Carolina, to protest the lockdown that has helped keep people safe in the state amid the viral outbreak. They invited people to bring as many guns as they could carry to the protest to intimidate the people downtown. 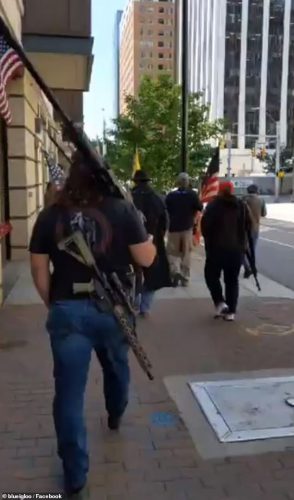 “The walk on Saturday wasn’t a protest. It was a gathering to support our God-given freedoms as Americans. We headed out for a walk to get some fresh air, sunshine, and some much needed exercise.” the group said Sunday to NBC News. “:We are a peaceful group and wish to keep it that way at all costs. We aren’t looking for a fight. We, in fact, want the opposite. We want to put on a smile, shake hands, and be friendly. An armed society is a police society.”

Blue Igloo added that they want people to bring their guns and get out in public with them in defiance of social distancing orders as an “opportunity for First and Second Amendment supporters to get together, meet people with commonalities and get some exercise while we’re all wasting away at home.” 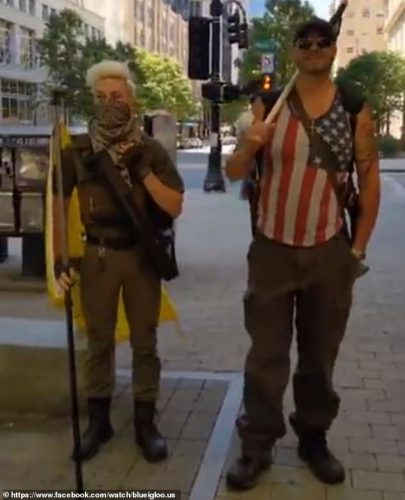 Video footage from their protest showed members of the organization entering the Subway sandwich restaurant and asking if they could bring the rocket launcher and their other loaded firearms into the establishment.

“Do you guys mind if we eat here?” the person recording the video is heard asking. “We don’t want to make it look like we’re threatening or intimidating anyone, which is why I ask.” 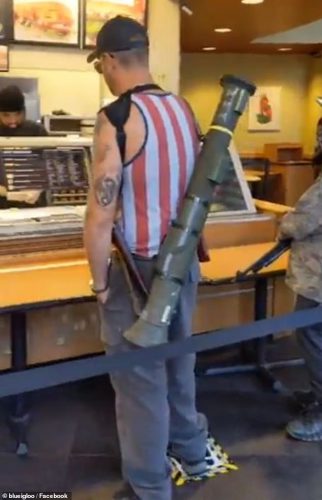 States are risking the health and safety of their residents by reopening amid the pandemic. Although a lot of states are remaining closed, there are some that are taking measures to reopen despite the risks.