He Caught A Thief Stealing His Property, But Now He’s The One Going To Prison 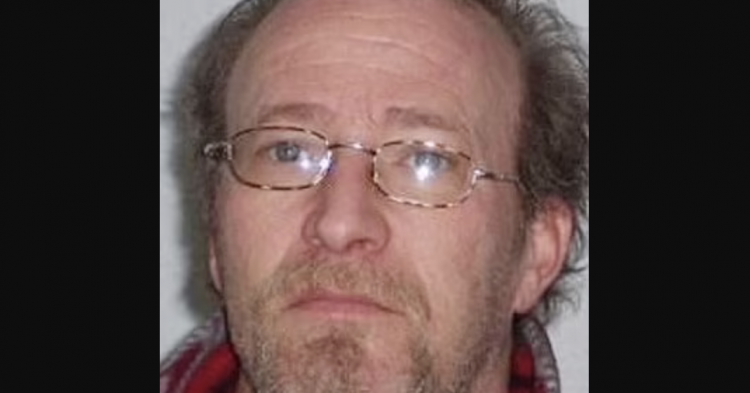 A homeless man in Washington state was charged with murder after he brutally murdered a thief who he caught trying to steal the catalytic converter from his truck-turned-home. The killer, Michael Campbell, was living inside his truck when a thief tried to steal important parts from the vehicle. Campbell freaked out and turned over the truck’s engine and began speeding away from the scene – however, Campbell dragged the thief several hundred feet over the asphalt and left the man to die in a field south of Tacoma, Washington.

Police caught up with Campbell on Saturday after someone called in a report that they saw Campbell’s truck dragging a victim across the road. The incident occurred in the parking lot of a business in Lakewood, WA and Campbell ruthlessly “taught the crook” a lesson by killing him in cold blood. 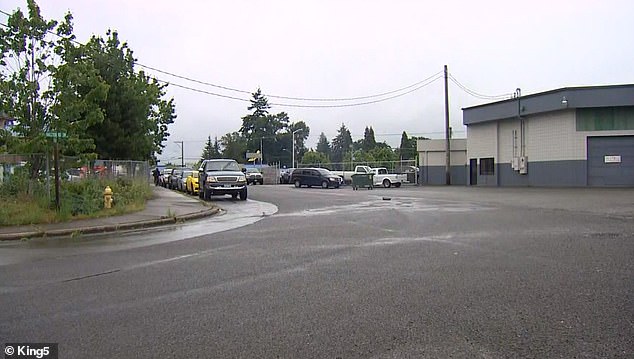 Officers arrived at the scene to find the thief brutally slain. He was dead, lifeless, and impossible to resuscitate from the catastrophic damage Campbell had inflicted upon the man. The victim was thought to be in his 40s, while Campbell is 54-years-old.

Campbell’s story complicated things for the cops. He was asleep in the back of his truck when he was awoken by the thief trying to steal parts from his vehicle. The man had been under Campbell’s vehicle and was allegedly trying to take the truck’s catalytic converter.

Armed with a firearm, Campbell did not hesitate to shoot at the thief. He told police that he struck the man with at least three bullets in the torso and stomach. The man tried to run back to his own vehicle but collapsed to the ground because of the gunshot wounds. Campbell then tied the man’s hands above his head and hitched him to the back of his truck. Campbell then got into the cab of the Ford F-150 and dragged the bullet-ridden man across the road before abandoning the man’s mangled corpse in a field for police to find. 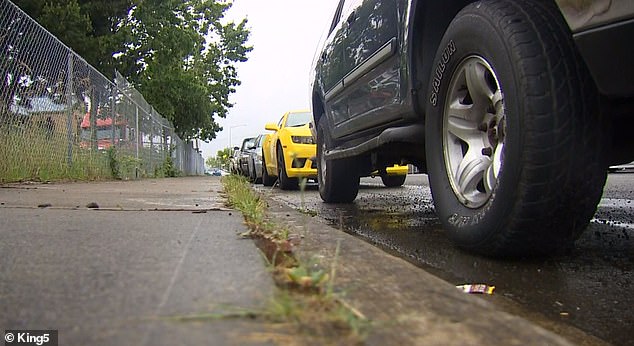 Witness Carol Williams saw Campbell’s brutal act. She had also been sleeping in her van when the gunshots woke her.

“I peeked out the back window, and I didn’t see anything, but I did hear a man screaming… I did hear him say, you know, ‘I’m bleeding,’” she told KIRO7. She had been in her van with two German shepherds during the murder.

Police officers found a “significant” amount of blood spilled in the parking lot. Campbell’s tire tracks and drag marks led the cops directly to the abandoned corpse of his victim.

Campbell told officers that he tied the man to the back of his truck while he was still alive. After abandoning the corpse, Campbell returned to the parking lot, stole the victim’s vehicle, drove it off to hide it before returning to his own truck to escape the law.

Police caught up with Campbell quickly and searched his truck. They found a 9mm pistol and green rope – both matched the tools used to murder the victim.

Campbell was placed into a cell at the Pierce County Jail on suspicion of second-degree murder and kidnapping.