It Was Time For These Fire Dogs To Retire, But Their Reaction Broke My Heart 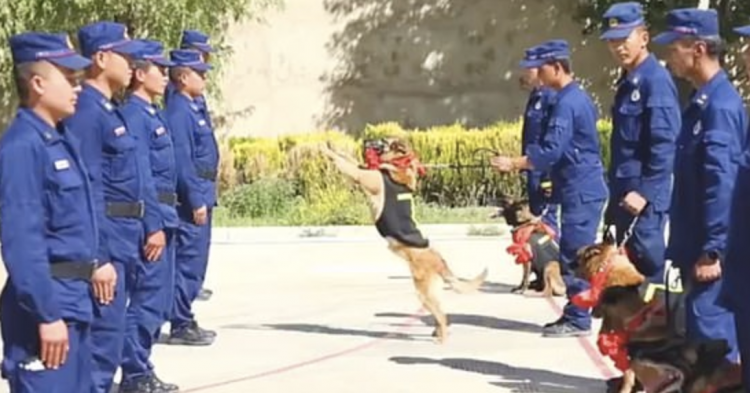 Dogs that give their lives to the greater good are few and far between. It takes a lot of training for a dog to be capable of working for the police department or the military. And the same is true for dogs that provide psychological relief for veterans and others coping with symptoms of post-traumatic stress disorder and other mental health complications.

In the video below, five Chinese sniffer dogs are set to retire from the fire department after working alongside their trainers every day for more than a decade or so. The footage captured at these dogs’ retirement celebration will touch your heart. Watch as these canines shower their trainers with love as they put their lives as sniffer dogs in the past. 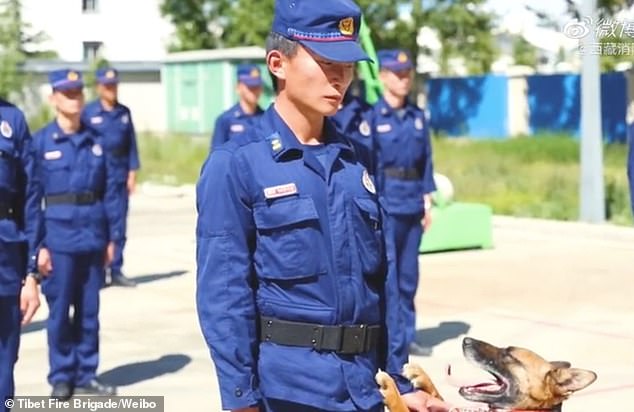 Tens of thousands of people have watched the moving images of the sniffer dogs’ retirement. Watching the “true friendship” between the dogs and their trainers has melted the hearts of so many people across the globe. In the celebration, five dogs retired. They had worked tirelessly fighting crime and promoting safety for nearly a decade. The dogs worked in the Tibet Autonomous Region of western China.

These dogs have participated in many rescue missions. They helped search for people in the wake of earthquakes. The dogs have all reached their official retirement age, which is between eight and ten-years-old. In “dog years,” that makes them about as old as 80-year-old human beings. That’s a good age to retire.

Although the dogs no longer have to work – they’re officially retired – they are still loyal to their handlers. They didn’t want to leave their handlers’ sides after so many years of side-by-side work. But the handlers were forced to say goodbye to their loyal beasts. And those who handled the dogs showed little expression at the loss of their best friends. 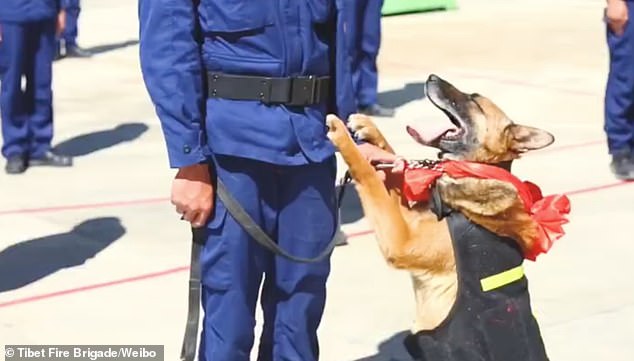 Now that the animals have been discharged and will not get to see their handlers any more, they will be “cared for” by the local government, officials stated.

Comments in Chinese streamed in after the video went viral.

One wrote: “I’m brought to tears. They are comrades, friends, and family.” 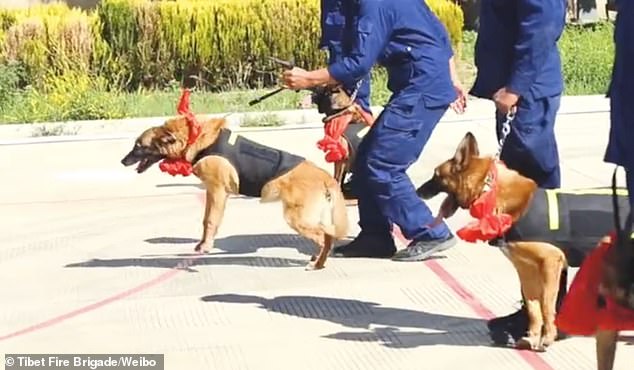 A third fan wrote: “This is so cruel for the dogs. Even though the work is finished, they still think the firefighters are their owners and friends. It would be really hard for them to accept reality.”

Here’s what readers on Daily Mail wrote about the retirement of the dogs:

“The handlers should be allowed to keep them. They are the only owners the dogs have ever known.”

“Why can’t the handlers keep the dogs?? So hard just giving up.” 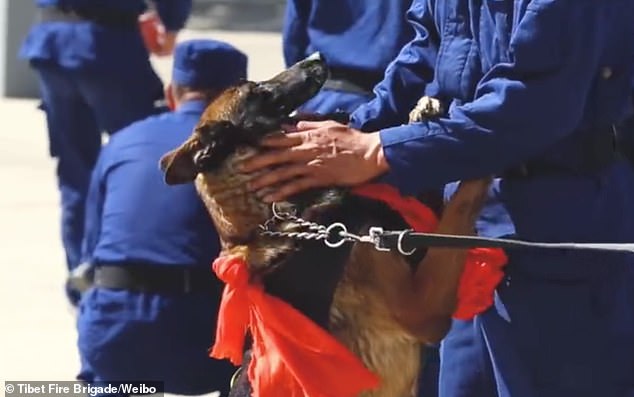 “In the US, the handlers usually adopt the dogs when they retire.”

“Very often the handlers get a new dog, and the two cannot live together given the unique bond the first dog has with the handler. Ultimately they have a job, and that has to come first. It is sad, but the rehomed dogs in this country usually settle really well with their new families. I’m not sure what being ‘looked after by the government’ will mean for these dogs.”

What do you think about these dogs?