Left-Wing Protestors Swam The White House, Deface Statue While Biden Is On Vacation

Liberal activists and indigenous people marched on Washington DC ahead of Indigenous Peoples Day on October 11, 2021. During the holiday, protestors gathered in front of the White House. President Biden was not in residence at the time of the march because he was away on vacation at his home in Delaware. However, rouge activists turned their rage onto the monuments on the White House lawn when someone used spray paint to deface a statue of former President Andrew Jackson on a horse.

The statue’s base was covered in words written in red paint. The words “expect us” were written on the monument’s base. If Biden had been home during the protest, he could have been able to see the statue from the windows of the White House. 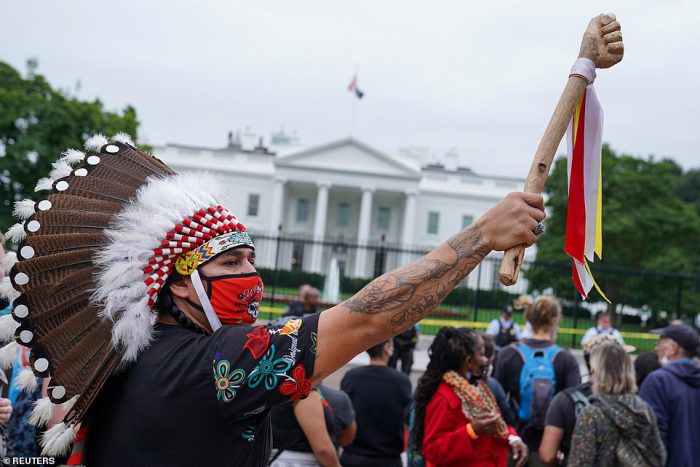 Hundreds of marchers walked around D.C. on Monday morning. Some were carrying signs that stated, “Biden Reject Fossil Fuel Projects” and “no pride in genocide” – which support their climate change agenda and push to have a conversation about the effects of colonization.

Many of the protestors were wearing Native American clothing and were singing songs in Indigenous languages.

It is not clear who defaced the statue of former President Andrew Jackson – or if they were affiliated with the liberal groups or not. However, the vandalism did occur during the liberal rally, which was aimed at putting pressure on the White House to end climate change and make progress around the world. 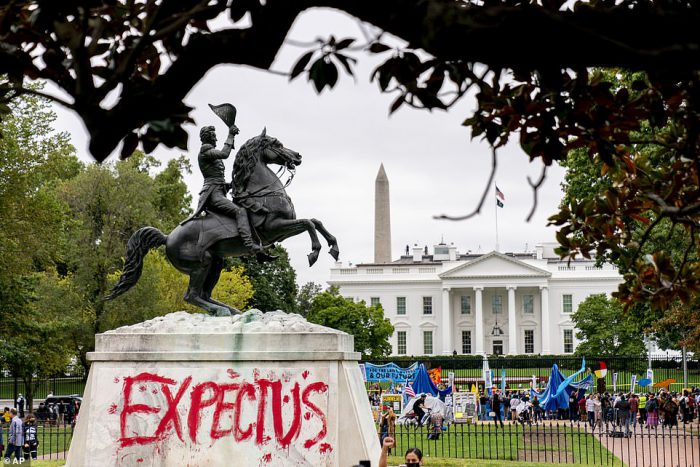 The defacement of the Jackson statue was endorsed by some groups, including the Indigenous Environmental Network.

“President Biden woke up to a message on the Andrew Jackson statue in front of the White House today. On the base of the statue, ‘Expect Us’ was written with blood-splattered handprints to represent the Missing and Murdered Indigenous Women epidemic all over the statue of the genocidal President,” a statement released by IEN Monday said. 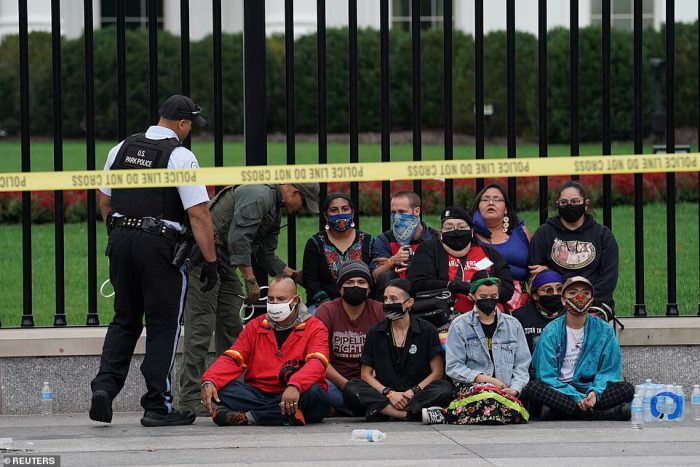 Although Biden was not in the White House, the IEN saw the location of the vandalized statue to be a symbol of colonization and its evils. Their statement continued with:

“Our people are older than the idea of the United States of America… We are the children of the strong spirits who survived your residential schools, your pipelines and mines, your reservations and relocation, and your forced assimilation and genocide. We carry the prayers and intentions of our ancestors and are unafraid. Another world is possible, may all colonizers fall.”

Although Biden’s predecessor evoked outrage from these groups during his single term in office, these protestors were furious with Biden for his current failings while elected. 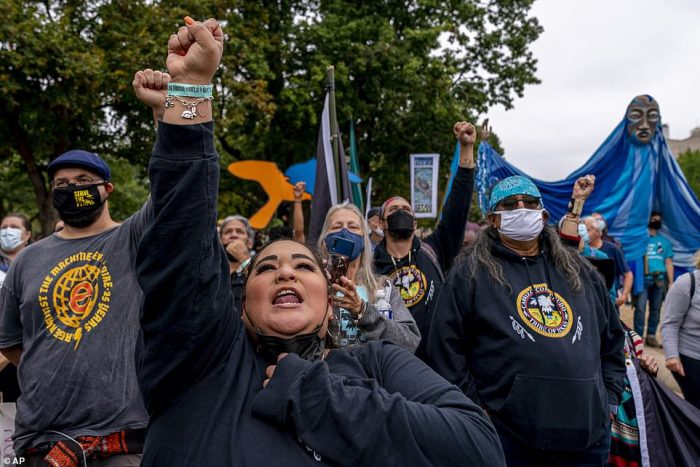 Greenpeace USA’s Janet Redman released an online statement that said: “We expect more from a president who has repeatedly listed climate change as one of his top priorities.”

In a statement released by the White House, it was stated that “the vandalism of any monument or memorial is despicable and reprehensible.”

People who are supportive of this agenda have been protesting at different locations throughout Washington DC – many wearing masks to cover their faces because they do not want to be identified as activists during these protests.