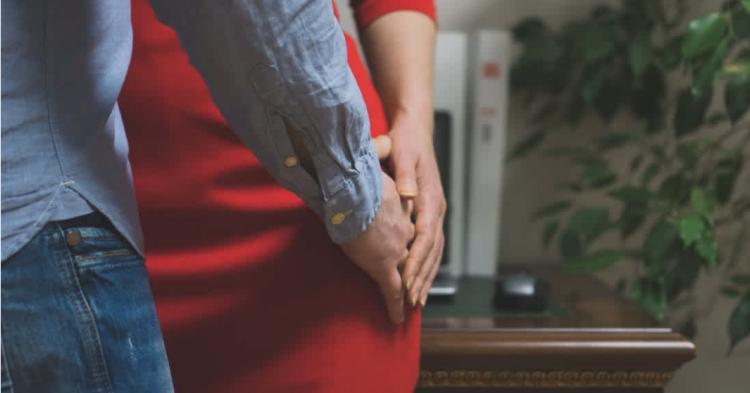 A sticky situation arose in Alabama when a man caught a “home invader” in his home. He removed his firearm and started to fight with the guy, firing bullets. Both men were ultimately injured during the ordeal, but no one lost their life. The event occurred on August 15 at 9 pm in a town called Creola, according to the Mobile County Sheriff’s Office.

The homeowner and husband, Frank Reeves, simply thought he was defending his property from an unwanted guest. However, he did not know that the man he shot was actually his wife’s secret live-in boyfriend. The man, Michael Amacker, had been secretly living inside the man’s house for nearly a year before the confrontation that ended in gunshot wounds.

Reeves had been totally unaware that his wife had been keeping her secret lover in the house. Police are still confused by how this man was able to live in the Alabama house without the husband realizing he was present and sleeping with his wife all along.

“I’ve still yet to figure out how somebody can be staying in your house and you not know it,” Mobile County Sheriff’s Captain Paul Burch told Fox 10 News. “It’s somewhat bizarre.”

Days after the fight, a Twitter user named Ed Clark shared, “Tracy Reeves informed her husband Frank Reeves that there was an ‘intruder’ inside their Creola home. Frank, who was armed, encountered Michael Amacker, who was also armed, inside the home. The two men shot at each other, injuring themselves.”

When police arrived at the scene, they quickly found the room where Amacker had been staying. They realized he must have been staying in the room for some time because he had left behind several jars of urine that the police saw as clues that “indicated he had been in there for a little while.”

When Reeves saw Amacker, he took his firearm and shot the man in the leg and the elbow. Amacker was not going to take the violence lying down, so he removed his own firearm and shot back at his girlfriend’s husband. He shot Reeves in the chest.

When police arrived at the scene, they found both Amacker and the wife, Tracy Reeves, to be high on methamphetamine. Apparently, the illicit drug was a big part of their extramarital affair.

“Another thing with meth,” Captain Burch said, was “people that are on meth, not only do they have paranoia, they can’t keep their mouth shut. So if there was some kind of diabolical plan, it is very possible Amacker has told some other people.”

“I just know that they’ve had some problems in the past,” one neighbor stated. “Frank is a very calm person. He’s very nice. He cuts his grass and does things around the house. There’s nothing ever going on over there much, but he is a very good person.”

Police started investigating and learned that Amacker had a long-term relationship with Tracy Reeves.

“As we began digging further into the investigation, it was determined that Amacker actually had a relationship with Mrs. Reeves for some period of time,” he continued. “That relationship involved methamphetamine, as well as a relationship. He had actually been staying in one of the rooms within the house for a period of time. She was supplying him with food.”