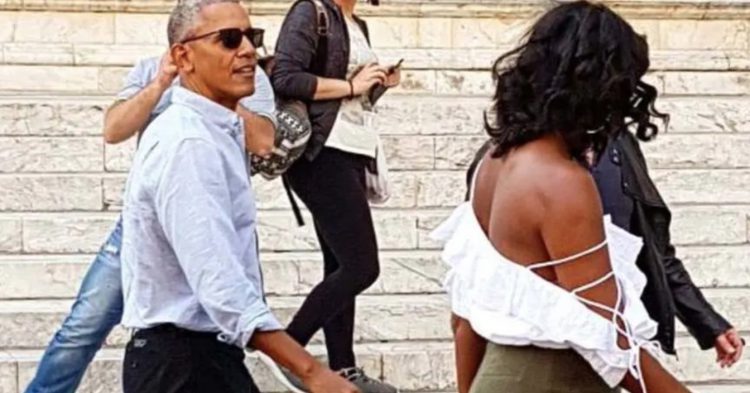 Some social media users are blasting former First Lady Michelle Obama for wearing a shoulderless top to a church in Italy. Michelle and her husband, former President Barack Obama, were spotted visiting the Duomo di Siena, the Siena Cathedral which goes back to the 12th century, the Daily Mail reported.

The couple was enjoying their vacation in Italy, and they have been welcomed by many adoring fans.

But some social media users appeared to have a problem with Michelle’s choice of wardrobe. The former first lady was wearing a shoulder-baring top with high-waisted green pants. Some deemed the outfit inappropriate for church.

“You do NOT go into cathedrals in Italy with all that skin exposed, she should know better,” wrote one commenter.

“She should have some class and cover up…very embarrassing for Americans,” wrote another.

“She was so classy in office. What happened?” asked another commenter.

“So this is what she looks like when she dresses herself. Scary,” commented another. 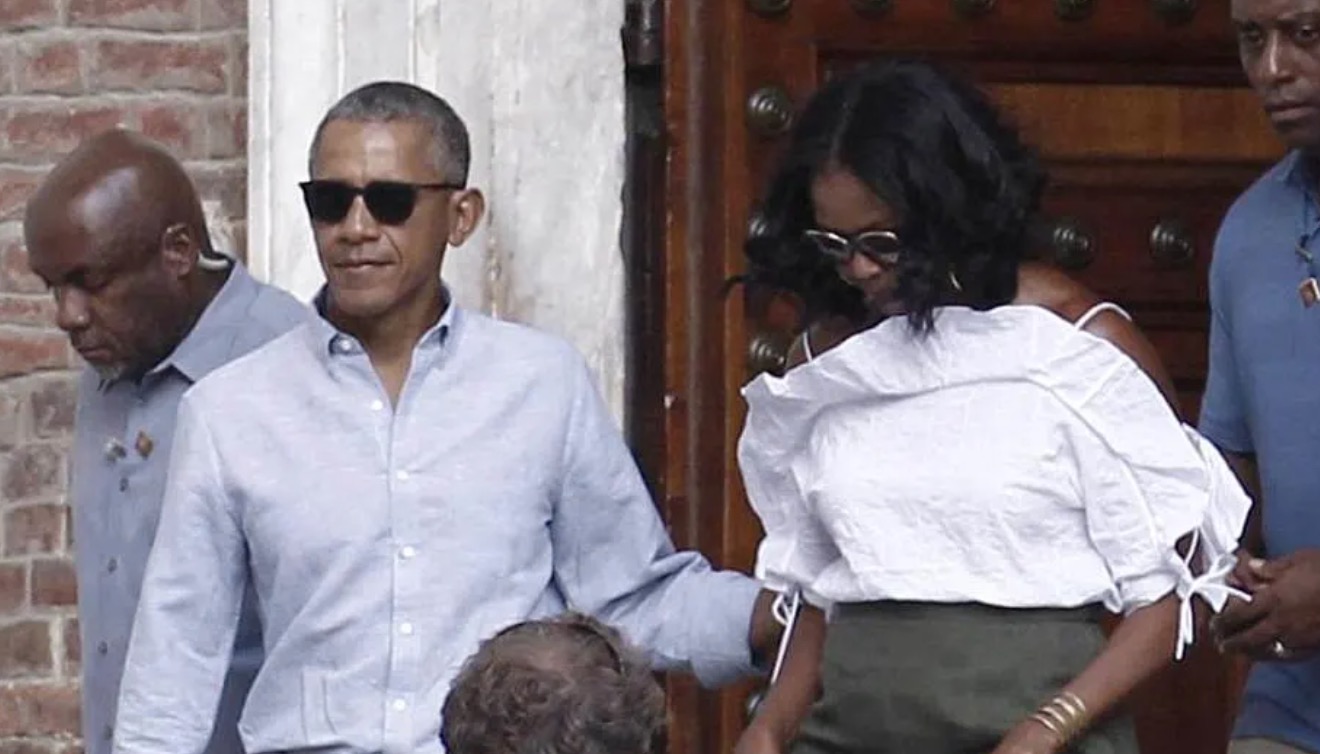 But not everyone felt the former first lady’s clothing was inappropriate.

“She’s traveling the world on beaches and warm climates idiot, what do you think is going to happen,” wrote one commenter. “I can’t wait for my summer bronzing.”

“She is probly enjoying being able to wear whatever she wants and not have to follow dress codes for various events,” wrote another.

“This would look better on Melania. Michelle has a great figure, but this top doesn’t suit her at all,” wrote one user.

“She had a great platform, educating people on eating healthy. What is Melanias again? Marry as rich as you can and avoid him at all cost? A real national treasure,” wrote another. “Zero education, zero accomplishments, lies about her degrees, lies about her secret brother, lies about her plastic surgery, an utter disgrace to the nation. Michelle, you are missed.”

Barack waved at the crowds and smiled as supporters welcomed him and his wife into the city.

Michelle was also spotted wearing another off-the-shoulder pink top with white ripped jeans while exploring the hill town of Montalcino over the weekend. She was seen accompanied by members of her security team. 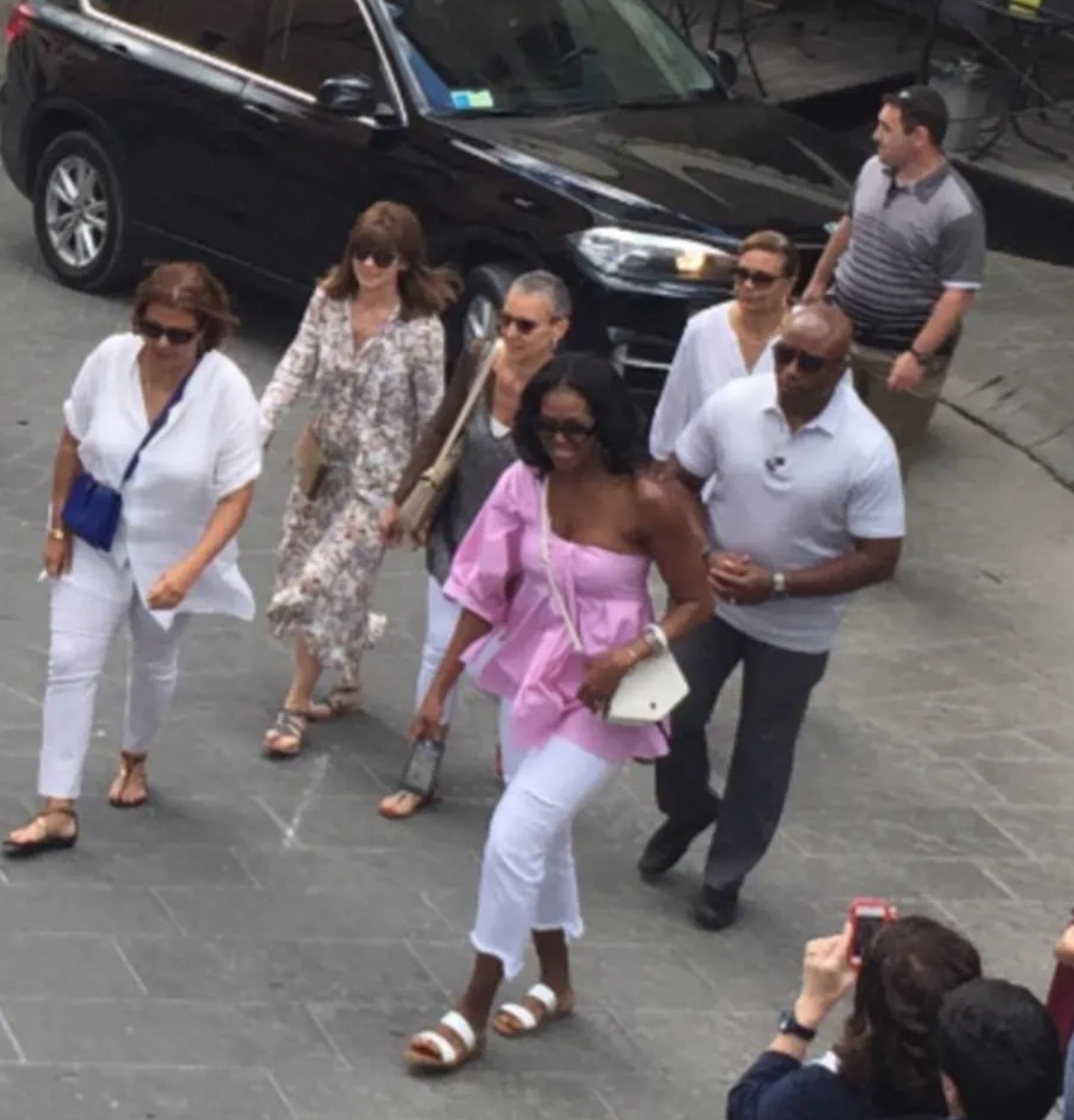 Do you think her outfits are inappropriate for the occasion?