Mom Came Home To See What The Babysitter Was Feeding Her Kids, Now She Wants To Sue 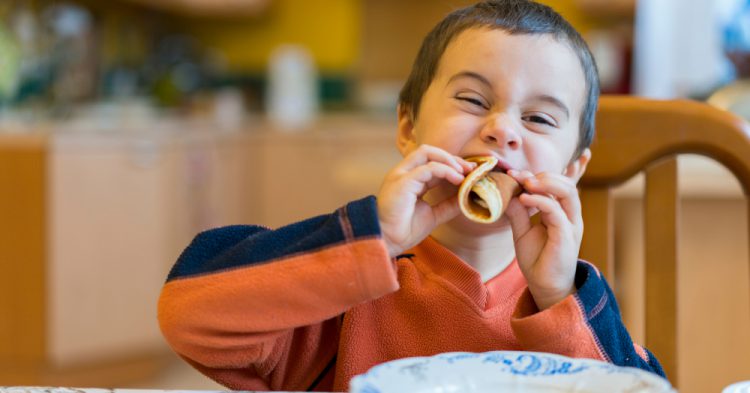 Parents rely on babysitters to be their proxy while they’re at work or otherwise out of the house. However, babysitters must sometimes take matters into their own hands and make snap decisions when things do not go as planned. One nineteen-year-old babysitter hit a roadblock while watching two young children and figured that the best way to get them to behave was through their stomach, so she fed the children some chicken nuggets – and the mother never let her hear the end of it.

While most parents might brush this “unhealthy” snack choice off or give a warning to the babysitter not to do it again, this mom filed a lawsuit against the babysitter and is suing for a large sum of money for “emotional damage.” The problem lies in the fact that the mom wanted her children to eat a vegetarian diet. When the babysitter mistakenly gave the children chicken nuggets, she violated the mother’s wishes and fed the kids the wrong thing.

Now, the babysitter is asking the internet for advice. She posted on Reddit to see if she was wrong to feed the kids nuggets and if she should submit to the mother’s lawsuit.

“I (am a nineteen-year-old female who) put up an ad for babysitting and has babysat lots of different families children and has been babysitting for two years,” she wrote on her Reddit post, which has since been deleted. “This new family asked me to babysit their two children,” she wrote, telling the readers she agreed to watch a 9-year-old boy and a 7-year-old girl. “They were really well-behaved kids.”

The babysitter had enjoyed her time with the children. She figured that she could reward the children for their good behavior by giving them a treat. She decided that chicken nuggets were the way to go.

“When I asked what they wanted to eat, they asked for chicken nugget happy meals. Since they were so well behaved, I decided to buy them the happy meals they wanted,” the babysitter wrote.

Although the children were very happy to be scarfing down chicken nuggets, mom was outraged when she heard what had happened.

“The problem with that is they are vegetarian, which their mom had not told me if I was aware I would not have fed them meat,” she wrote. “I had babysat for vegetarians before and made sure to respect their vegetarian diet and didn’t even eat meat while babysitting for the families.”

“The mom came home early and seen her children eating chicken nuggets. She literally ripped the nuggets out of their hands,” she wrote. According to the young babysitter, the mom “started screaming that I’m horrible for allowing her children to eat dead corpses and yelling at her children for eating the meat.”

She added, “She kicked me out without paying me and then later text me saying that I need to pay her 300$ for each kid for the emotional damage I have caused them.”

The mom threatened to “take me to court” if she didn’t pay hundreds of dollars in “emotional damage.”

The mom also threatened to “take me to court” if she didn’t pay $600 for “emotional damage.” The babysitter refused to pay. Now she is afraid she’ll be taken to court.