Mom Sees Newborn’s Face And Knows It’s Not Hers, Then Takes A Test To Prove It 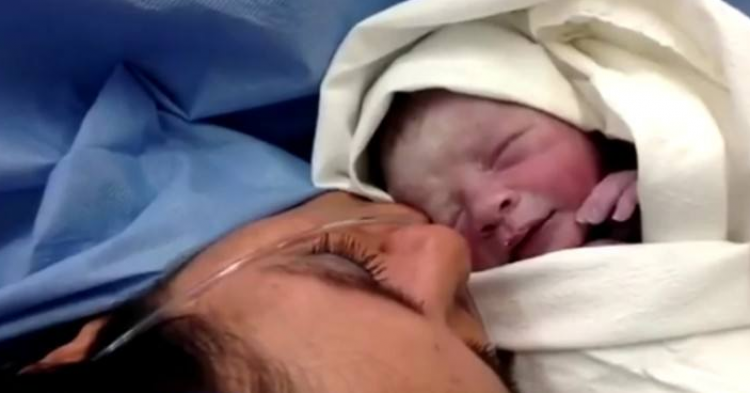 The separate paths of Rich Cushworth and Mercy Casanalles combined when they met at the Christ for the Missionary School in Dallas. It wasn’t long after their energized meeting that the pair got married, and shortly afterward, Mercy became pregnant with a child. Unfortunately, Mercy had been in Texas on a temporary visa from her home country of El Salvador – and despite being married – she was forced to leave the country and give birth to the American baby in an understaffed and ill-equipped hospital.

After Mercy left the country, Rich stayed in Texas to wait for her. He knew that she would have a family with her when she gave birth to their baby, so he felt like his presence was not needed. He could not have been more wrong about that assumption. Although Mercy gave birth to a healthy baby, it was not long before Mercy was handed that newborn boy, Jacob, and realized that the staff at the birthing hospital had made a terrible, grave error. Mercy knew, within her heart of hearts, that the hospital had given her the wrong baby.

What then happened to Mercy’s true son? The hospital laughed off her question and treated her as though her motherly instinct was broken. They looked at her with scorn and judgment as though she was a poor mother for already being unable to “sense” the truth of her little baby boy’s identity.

Months after, Mercy continued to feel like the boy was not hers. Although she crossed the southern border into Texas with the baby, Mercy felt like she was carrying another woman’s child in her arms.

Mercy and Rich talked late into the night, almost every night, about Mercy’s fears. She felt that this baby was truly on her own and that the hospital in El Salvador had made a dire mistake by giving her another woman’s baby boy.

Eventually, Mercy got a DNA test. She hoped and prayed to God that her fears were unfounded and that Jacob truly was her son. But she feared for the worst.

And her gut was right. Jacob was not hers. Although Mercy always sensed that Jacob was not her son, she and Rich had formed a strong bond with the boy. They loved him as their own. But now what? Where was their boy?

Mercy and Rich were devastated. They felt betrayed. Their only hope was to turn to God for salvation in this terrible situation.

The couple escalated their concerns to the government, who acted on behalf of Rich and his wife. Their son was an American citizen, after all, living with the wrong family in El Salvador. They returned Jacob to his family. However, the El Salvadorian government fought to hold onto Mercy’s true son. For an entire year, they deprived Rich and Mercy of their boy until he was issued a birth certificate and allowed to travel home to Texas.

Their true son was named Moses.