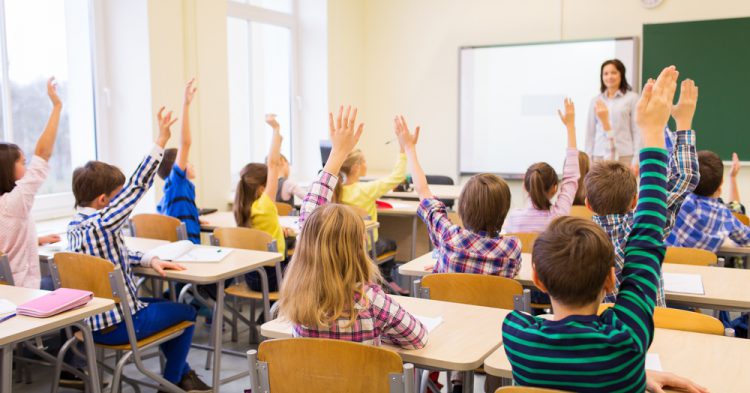 Critics of New York City’s gifted and talented student program have long claimed that it further segregated students. Now, the city will be listening to those critics as it starts phasing out the program. Instead of offering the special programming to students who tested well, the city will be offering all rising kindergarteners easier access to accelerated learning, which the mayor said will help more children “reach their full potential.”

The controversial program, Brilliant NYC tested four-year-old children before they were sent into the kindergarten classroom. The single test was used to identify the “gifted and talented” students and separate them from the rest of the group. Instead of this program, which only divides children often by race, the city will be promoting a new program for the fall of 2022 that will give all kindergarteners access to an accelerated instructional model. Now, all 65,000 kindergarteners in the New York City school system under the Department of Education will have the same access to learning.

“The era of judging 4-year-olds based on a single test is over,” New York City Mayor Bill de Blasio said in a statement. “Brilliant NYC will deliver accelerated instruction for tens of thousands of children, as opposed to a select few. Every New York City child deserves to reach their full potential, and this new, equitable model gives them that chance.”

The new program, called “Accelerated Learning and Enrichment for All,” will also include free after-school programming at the library. This summer, 100 kids from Alphabet City in Manhattan were able to get a taste of what would be their future educational plan. They received an hour-and-a-half each day with tutors who taught them the basics of coding, reading, and mathematics. The kids were also able to take trips with their tutors that ranged from exploring a nearby museum or visiting the Big Apple Circus.

“We’re doing this in kindergarten,” said Mayor de Blasio when he announced his plans for Accelerated Learning and Enrichment for All in April 2018. “The fact is, this will be a city where everyone gets the chance to thrive, and we give every child that opportunity.”

De Blasio has been an advocate for equitable education since he became mayor in 2014. His wife Chirlane McCray headed up his “Children’s Cabinet” as the first lady of New York City before she was made the commissioner of the city’s mental health department.

The program is just one of many that de Blasio has implemented to give all kids an equal opportunity in his quest for educational equity, including universal pre-kindergarten and the Community Schools initiative – a $700m investment over four years aimed at strengthening ties between schools and communities. But critics still aren’t happy.

“We respect the parents who worked hard to get their kids ready for a test that I think was a mistake, to begin with, but it exists,” he said. “And we don’t want to take away from people who got something. That’s why we’re phasing it out.”

Do you think gifted programs for young children are problematic?