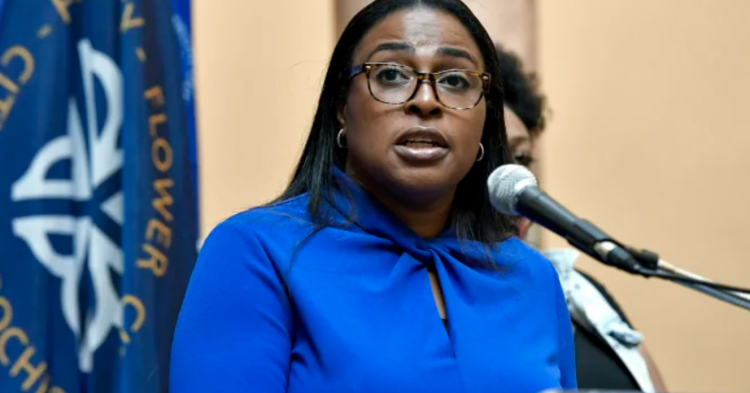 The mayor of Rochester, New York, has enough on her plate. Now, the mayor’s husband has been accused of committing a crime. According to a police report from Wednesday, Mayor Lovely Warren’s husband, Timothy Granison, 42, stands accused of being in possession of guns and drugs after police searched his car and home. Prosecutors claim that the charges against Granison came after a seven-month investigation into his behavior, and it was revealed that the mayor’s husband might be involved in a midlevel cocaine trafficking scandal.

The Monroe County district attorney confirmed that Granison was not the only person charged in connection to the drug probe. In total, police charged and arrested six people in connection with the investigation into the cocaine trafficking operation.

A lawyer representing Granison said that Mayor Warren had no involvement in anything her husband stands accused of. However, the mayor’s husband was arrested after police found thirty-one grams of a substance thought to be cocaine, a street drug that continues to be popular across many communities in America. In addition to his links to the drugs, Granison was also found to be in possession of a semi-automatic rifle plus an unregistered handgun that was hidden inside Warren’s property.

Now, Warren faces an uphill battle for reelection. In addition to accusations of fraud against her, now her husband’s legal trouble harms her political chances even more.

During a City Hall address on Thursday, Mayor Warren accused her political opponents of a conspiracy to discredit her ahead of the Democratic Primary election.

“People will try anything to break me,” Warren said.

Mayor Warren asserted that she had no involvement in her husband’s life. They have long since signed a separation agreement but continue to co-parent their shared ten-year-old daughter.

However, Sandra Doorley, the Monroe County district attorney, is ready to fight against Warren and her accusations of unfair treatment.

“I’m sure there are going to be people out there who think this was politically motivated,” Doorley said. “It was not.”

Doorley confirmed that the drug bust associated with Granison included more than two kilograms of crack cocaine and powder along with more than $100,000 in cash. The drugs were worth about $60,000 on the street.

“We believe this whole organization was a midlevel drug organization that was affecting the city of Rochester,” Doorley said at the conference.

John L. DeMarco, Granison’s lawyer, said, “The mayor has played no role in any of this. Other than merely being a resident of the home, there is no involvement.”

Do you think this will hurt the mayor’s reelection campaign?