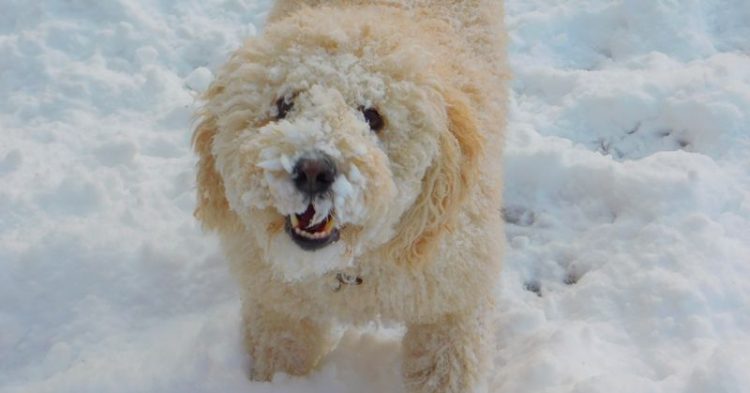 Pennsylvania lawmakers have taken a hard stance against animal abusers. While other states across the country continue to let animal abusers get away with horrific treatment of the animal from beatings, rapes, torture, and more, Pennsylvania has passed landmark legislation in the United States that could put animal abusers behind bars for leaving their dogs in dangerous situations like hot cars or extreme cold.

The new law that will hopefully punish people intent on harming animals makes jail time a reasonable punishment for individuals who tie up their dogs outside for longer than thirty minutes if the temperatures are higher than 90 or lower than 32. These extreme temperatures are common across Pennsylvania, and the law could save the lives of many dogs every year.

The law was passed after Libre, a rescue puppy, was found living in horrific conditions in Southern Lancaster County. Libre was just seven-weeks old but managed to survive the inhumane treatment at the property. Libre was neglected and forced to endure brutal conditions but was saved after a Good Samaritan called the authorities to report the abuse that the little puppy was forced to endure.

Fortunately, Libre did not die from the mistreatment. Instead, the animal has recovered and inspired lawmakers to make a change that will benefit the lives of all animals in the state.

Individuals found guilty of violating Libre’s law will be slapped with a heavy fine and face between six to twelve months in jail.

Animal cruelty officers are delighted that Pennsylvania lawmakers have decided to pass legislation that protects the lives of vulnerable animals like Libre, the tiny puppy.

Lancaster County Animal Coalition, Jennifer Nields, stated: “This won’t stop cruelty, but it will put an emphasis on the importance of justice for their suffering. The laws are recognition of their pain and what they deserve.”

While Libre’s law will not stop every psychopathic criminal from abusing animals, it will stop some. And it will also show that animals need to be respected and treated with dignity – not cruelty.

The Pennsylvania Veterinary Medical Association has applauded Libre’s law, calling it an “incredible victory for animals.”

Because Pennsylvania was the first state to pass this law, the lawmakers have made history. Other states are expected to follow suit very quickly since it is a common-sense law that will benefit animals everywhere.

While other states have laws in place regarding how to properly tie up a dog, Pennsylvania made a clear distinction during inclement weather. This will help save the lives of more animals.

Pennsylvania Governor Tom Wolf used Libre’s law to strengthen the state’s defense against animal abuse and cruelty. Since being elected to the highest office in the state, Wolf has wanted to protect animals. This law will be put into effect just like the previous laws Wolf helped push through the state legislature regarding leaving dogs and cats in hot cars.

While wild wolves might be able to endure a cold winter, domestic dogs are not as well adapted to the ways of the world. They were breed for a more comfortable life among humans.