Nobody Believed His Eagle Was This Big, But He Has The Pictures To Prove It 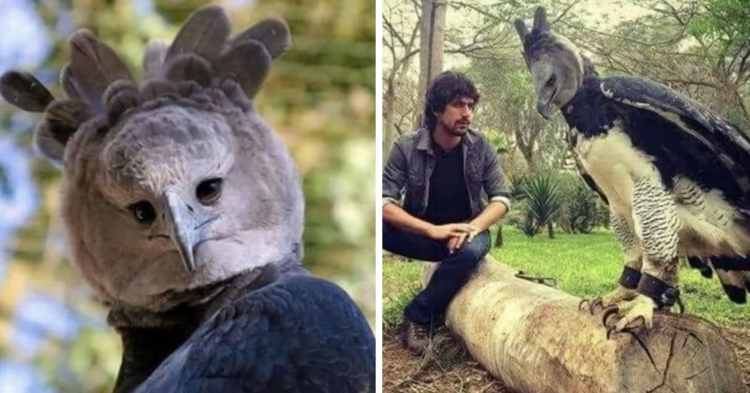 Eagles are majestic creatures. There’s a reason the bald eagle is the official bird of the United States of America. But if you think bald eagles are fearsome predators, your mind is about to be blown because there’s another type of eagle out there that makes a bald eagle look like a harmless robin. Known for its large size and amazing eyesight, the harpy eagle is a creature that seemingly belongs from a time of ancient mythology.

While all eagles are dangerous, few pose as much of a threat to people as the harpy eagle. This creature is so big it could snatch up a small person if it was ever motivated to do so by hunger or another function. Harpy eagles might not be familiar to you because they’re not native to North America. They are found in Central and South America and are also known by their name of “royal-hawks” in Brazil. 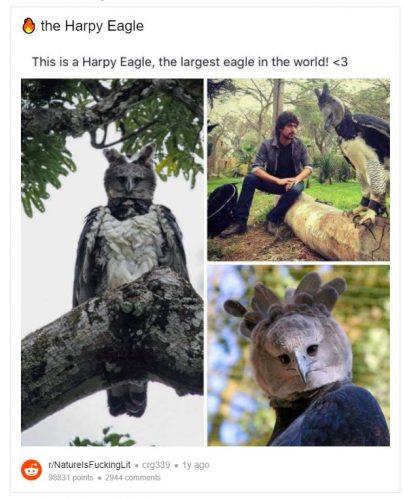 A Wikipedia description of the large eagle describes them as “the largest and most powerful raptor found throughout its range, and among the largest extant species of eagles in the world.”

Harpy eagles or royal hawks can grow to over six and a half feet long and can weigh between nine and twenty pounds, which is a lot for a bird. Just think about the Thanksgiving turkey you and your family purchased during the holiday season – now image a bird bigger than that soaring through the skies looking for prey down on the ground.

In addition to their size, these birds also live a long life. Their average life expectancy is about thirty-five years, but humans do pose a threat to these animals’ natural habitat.

According to a quote that appears on AnimalChannel.co, “The harpy eagle has very few natural predators as an adult. Harpy eagles prey on many species throughout the jungle, but studies have shown that they prefer large mammals like sloths and monkeys that frequent the upper canopy of the rain forest … However, harpies also feed on parrots, iguanas, tegus, snakes, and over 100 other prey species!” 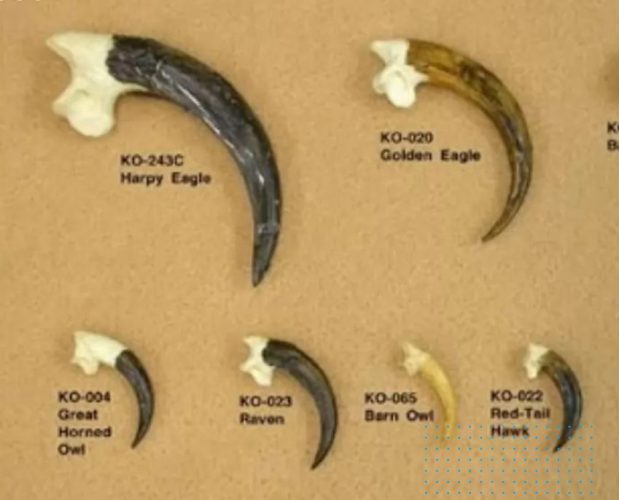 Although harpy eagles are one of the most deadly predators on planet Earth, not many Americans have seen them. That’s why Reddit exploded with questions when Reddit user crg339 posted pictures of harpy eagles a year ago. Some people even accused the Redditor of sharing pictures of people in eagle costumes. In truth, these photos depicted the true bird.

Most comments were about how terrifying the bird was. However, others felt the bird looked fictional.

Reddit user bigtoebigtoe wrote: “I feel like this bird is a spirit in charge of an ancient library in the desert which doesn’t let humans into it because it is of the opinion that humans only seek knowledge to use against other humans.”

Another Reddit user commented: “I feel like this bird has a female British accent and provides words of wisdom to those that seek it.”

Although harpy eagles are deadly predators, they are a “nearly threatened” species according to the International Union for Conservation of Nature because deforestation threatens their existence.