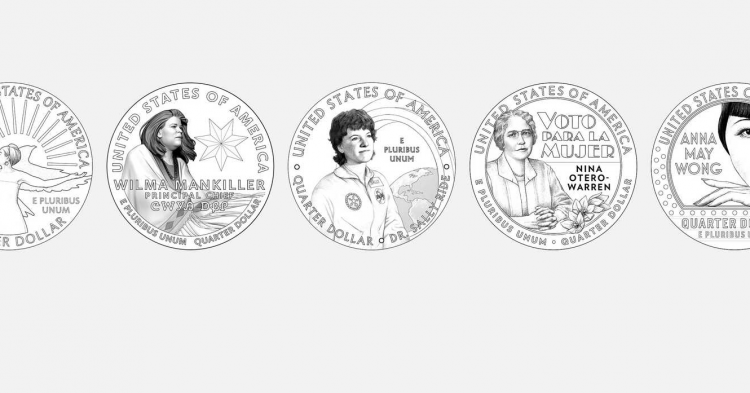 In October 2021, the United States Mint announced that they would be releasing a new set of quarter dollars featuring prominent and influential women. The so-called American Women Quarters Program would last for four years and feature new designs on the tails of the coin to highlight the wonderful lives and work of American women who were trailblazers in their selected fields – but some critics do not support the Mint’s choice to promote the successes of women.

“These inspiring coin designs tell the stories of five extraordinary women whose contributions are indelibly etched in American culture,” said United States Mint Acting Director Alison L. Doone. “Generations to come will look at coins bearing these designs and be reminded of what can be accomplished with vision, determination, and a desire to improve opportunities for all.” 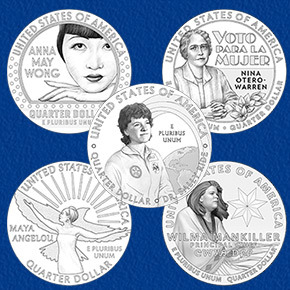 According to the Mint’s website, Angelou was selected for the program because she was a “celebrated writer, performer, social activist.”

Dr. Ride was picked for her work as a “physicist, astronaut, educator, and first American woman to soar into space.”

Wilma Mankiller was the “first woman elected principal chief of the Cherokee Nation and an activist for Native American and women’s rights.”

And Anna May Wong was the “first Chinese American film star in Hollywood, who left a legacy for women in the film industry.”

But while many people are excited about the coins and will no doubt purchase them for their collections, there is at least one person who does not support the concept of women on the currency.

“It seems like a waste of time to me,” said Senate Majority Leader Mitch McConnell (R-KY). “I mean, why don’t we just get rid of the dollar bill altogether and put everyone on a credit card?”

“This is such an obvious stunt,” said Democratic Senatorial Campaign Committee Spokeswoman Elizabeth Morra. “McConnell’s opposition to women in politics isn’t news, but it is telling that his response when asked about this historic effort, was ‘Let’s get rid of the dollar bill.’”

“It shows that he doesn’t understand what our currency says about us as Americans,” said Morra. “The people who are on it aren’t just those who had money or traded in goods, but important historical figures whose stories should be told.”

But Senator McConnell is not alone in his opposition to the new design and figures.

“These women may have been successful, but that doesn’t mean they’re suitable to be featured on our money,” said Senate Minority Leader Chuck Schumer (D-NY). “I think we should put more people who look like me on it.”

Some critics believe Schumer’s statement is an indication of his true feelings about American Women.

“This is a guy who’s been in Congress since the early 1970s,” said Republican National Committee Spokeswoman Kayleigh McEnany. “He has no problem with women being on our currency when it costs him nothing to say so, but now that he might actually have to vote for something involving them, suddenly he thinks we need to make sure we all look like him.”

What do you think about the new quarters?