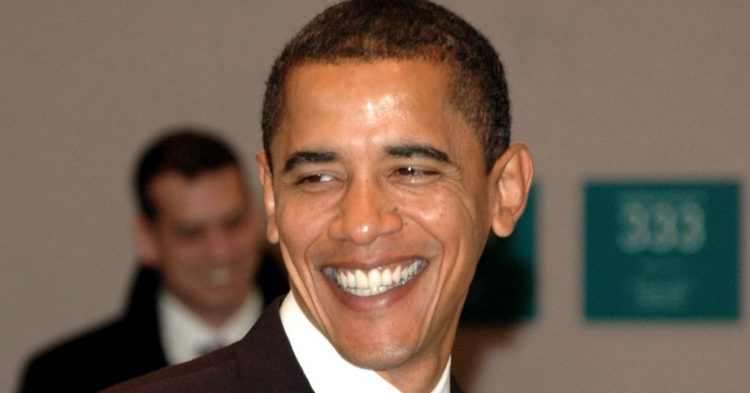 In the wake of stepping down as president, Barack Obama has laid low politically, only getting involved when he felt absolutely necessary to do so. However, during a talk on Tuesday, former President Barack Obama made it abundantly clear that he believes that he feels what passes for leadership today is a disgrace.

During his talk, Obama had a lot of critical words to say about how leaders are made today, claiming it has more to do with image than character. So long as someone has the loudest voice in the room, they can get the nation’s attention, and this means that a lot of good ideas go unheard and unheeded.

Although Obama did not mention any politician by name, he spoke to the crowd in British Colombia, Canada with candor and honesty. He complained that politics today is about who can be more aggressive and “win” an argument than do good work for the people of the nation.

“So much of what is trotted out as leadership is old-style beating your chest, being louder, being noisier, being more self-centered, being greedier, and being more aggressive,” Obama said.

He added, “That can work for a short period of time, but it tends not to get the job done – not the complex modern society problems seen today.”

Obama believes that the seeds for Trump’s victory in 2016 were planted back in 2008 when he first ran for the presidency. Not by then opponent, John McCain, but by his vice presidential pick, then governor of Alaska Sarah Palin.

The talk took place with board president Iain Black of the Greater Vancouver Board of Trade held at the Vancouver Convention Center. Obama believes that he sees a lot of similarities between Palin’s eccentric and alt-right mentality and Trump as Commander in Chief.

Obama noted that Palin’s presence in the 2008 election as a running mate opened up the Republican party to a whole new populist movement, which allowed Trump to rise to victory in 2016.

“John McCain’s presence gave voice to populist elements in the Republican party, opening the way for Trump’s rise,” Obama said. That’s when the “mainstream Republicans lost control of their party.”

He added, “Sarah Palin’s nomination suddenly brought that populist energy to the fore in the Republican Party and helped pave the way for President Trump’s presidency.”

Since stepping down as president, Obama has had a lot more time to reflect on the state of the country and how it has come to be the way it is today. During a speech on July 18, 2018, he addressed this populist coup of the Republican party saying that there has been a boom of “politics of fear and resentment and retrenchment” that allowed Trump to win in 2016.

“I am not being alarmist. I am just stating facts,” Obama said during the speech in Johannesburg, South Africa during an event honoring Nelson Mandela.

Obama says that some point of pride for him during his presidency included that he managed to leave the office without a scandal. He credits that to selecting people of integrity to work with him.