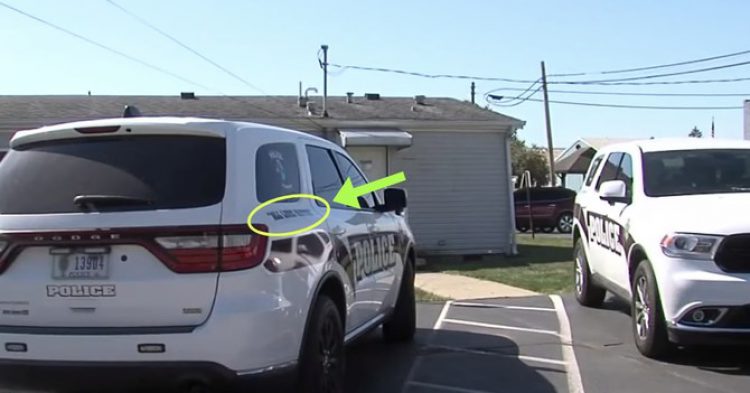 Police officers are sworn to protect and serve their communities. So when those communities rise up and issue a complaint against how the police officers act or the messages they share with the public, police departments are forced to respond. That’s why the Frankton Police Department is removing a decal they stuck on their police cruisers that offended a lot of people in the community who signed a petition against the department.

The controversial message that the Frankton Police Department stuck on their cruises was “All Lives Matter.” This message was created in opposition to the Black Lives Matter movement, which was created to advocate for people of color and raise awareness around racial inequality and police brutality across the country. The decision-makers in the police department felt that the message was not an attack on Black Lives Matter but an all-inclusive call to treat all people regardless of their race, religion, or nationality equally.

“As I educated myself on the black lives matter movement more and kind of spoke with other people about it, I kind of realized that that’s not OK and it needs to come off. I think it’s a controversial issue and I don’t think it’s one the police should have taken a stand on. I created the petition to kind of show people that it’s not just me. That it is a problem.”

“I could never say something’s wrong with that. I could say ‘hmm, what’s the intent of that?’ because ‘Black Lives Matter’ is the issue that is being left out,” Burgess stated.

NAACP board member Tyjuan Garret, added; “I mean, I would love to sit down with the Frankton Police Department and have a conversation with them and say exactly what are your motives? Tell me how you are adding to the conversation of All Lives Matter. How are you expanding out to reflect all lives matter?”

Hobbs felt that while “All Lives Matter” seemed to be including all people, it was inherently exclusionary because it was created to silence the Black Lives Matter movement.

She said, “I want the community to always be inclusive and accepting of anybody, and I think that doing this will help the community grow.”

Dave Huffman, the Frankton Town Marshal, said that the decals were not meant to be a criticism of Black Lives Matter. However, he understood why the message was controversial. He decided to remove the decals because they upset a lot of local people and will likely replace them with something else.

What do you think about the All Lives Matter decal for the police cruisers?