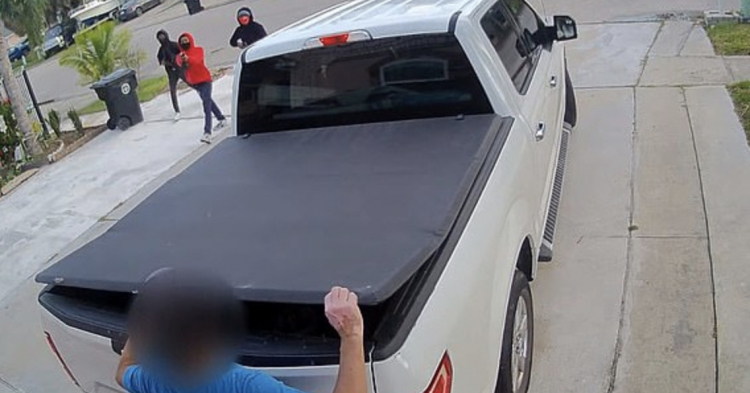 Hung Nguyen was coming home from a busy day. He backed his pickup truck into his New Orleans driveway and then exited the vehicle. While he was inspecting the contents of his truck bed, three masked assailants came up to him from the side of the road. The assailants were armed with guns, which they used to beat Nguyen into submission before stealing his pickup truck, all of which occurred in broad daylight.

Now, New Orleans police are asking the public for help. They released surveillance footage from the carjacking. The crime occurred on Wednesday afternoon outside of a home on Willowbrook Drive. Footage shows Nguyen backing into the driveway before exiting the vehicle to look inside the truck bed. That’s when the muggers approach with their guns drawn. 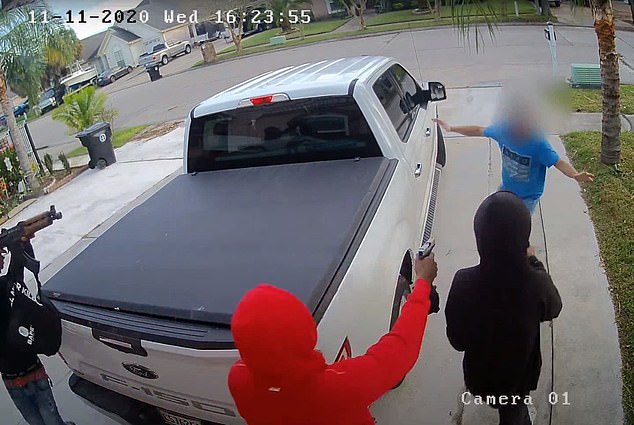 As soon as Nguyen realizes that the assailants are armed with guns, including one who seems to possess an AK-47-type rifle, he raises his hands to surrender. He is not interested in fighting three men with weapons. He backs away from the gunmen, but they continue their approach.

For about twenty seconds, all four men are off-camera. During this stretch of time, police report that the gunmen used their firearms to beat Nguyen into submission. Then, they appear back on camera and enter his Ford pickup truck. The suspects then drive away with the stolen vehicle. 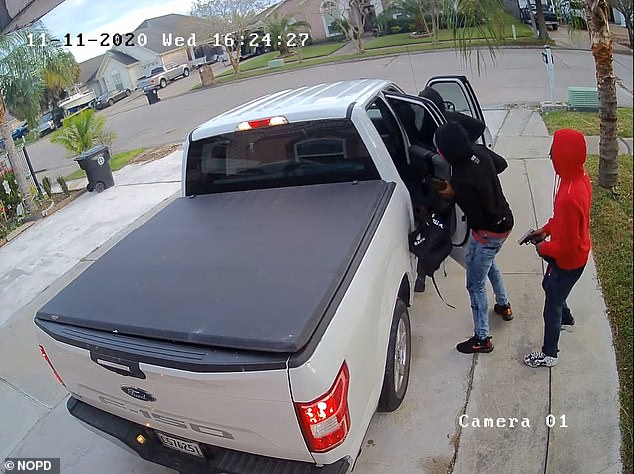 Nguyen manages to rise to his feet following the beating. He tries to stop the carjacking. He even rushes over to the vehicle and opens the back door. However, a suspect brandishes a gun in his face, which forces Nguyen to retreat lest he gets shot in the face.

Before the truck can get away, Nguyen tries to retrieve his tools and other valuables from the truck bed. However, he does not have time to get it done. The suspects hit the gas and drive out of the neighborhood before Nguyen can react – and when he does, the terror over the close call overcomes him.

The New Orleans Police Department reported that Nguyen said the suspects demanded his car keys before they beat him. He refused to hand over the keys to his prized possession, so he was beaten with the metal firearms.

“The victim refused, at which time the subjects struck the victim multiple times with the handguns and forced the victim to surrender the keys,” authorities wrote. “As a result of the attack, the victim received multiple contusions and a laceration to his head.”

The beating left Nguyen with visible injuries. Lacerations to his head had to be closed with staples. 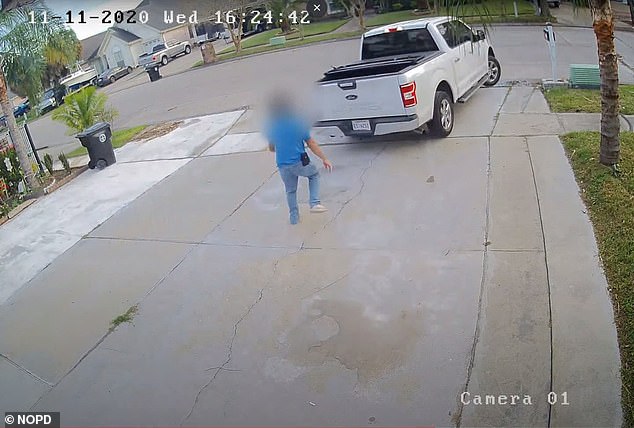 Now, Nguyen and other members of his New Orleans neighborhood community are afraid for their lives. If carjackers will steal cars from their owners’ driveway, what else will they do?

Other police reports indicate that neighbors have experienced break-ins and robberies. This was not even the first time Nguyen had his truck stolen.

“Everybody feels no good. They want to move somewhere. But we live here,” he told the publication. “We go to church here. We do not want to move because the church is here. I hope the police can catch them; everyone is scared.”