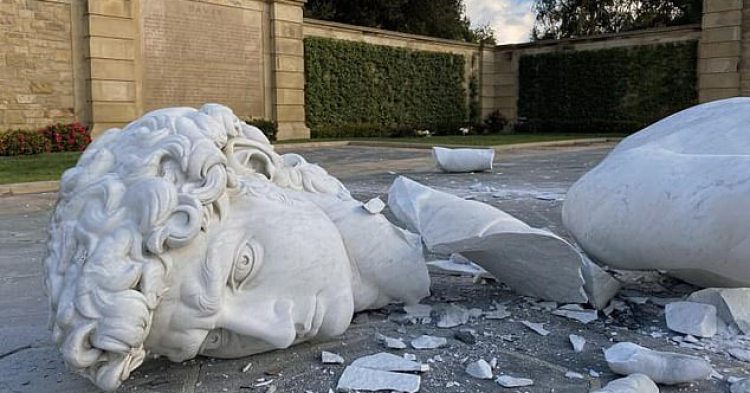 A group of people destroyed a marvelous replica of Michelangelo’s statue of David at a cemetery in Glendale. The statue stood at seventeen-feet tall and was located on a privately owned cemetery where it supposed “fell on its own” despite how it looks like it was knocked down to the ground. On the day that the statue “fell,” security staff said that they still found it standing during their routine property check at 5 am, but when they went around again, it was broken on the ground.

The replica, which stood seventeen-feet high, was located in Glendale’s Forest Lawn Memorial Park and was destroyed on Sunday. In the hour between the security staff’s 5 am check and their check at 6 am, the statue had toppled to the ground on its own. No intruders were found on the property. 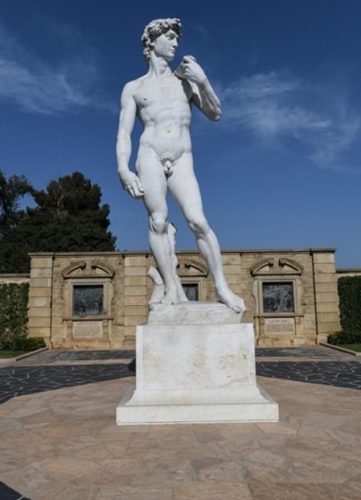 Cemetery museum director James Fishburne realized that the statue had fallen as he was preparing for a tour of the cemetery. He said that when he found it, he was alarmed.

“I was surprised, but I wasn’t in shock.”

The original statue of David, which was carved out of a single large piece of marble by Renaissance master artist Michelangelo between 1501 and 1504, is largely considered a masterpiece.

Fishburne, the cemetery’s museum director, said that the size and scale of the David statue made it a lot more fragile than other pieces of art from the same period. He holds a degree in renaissance history.

“It’s inherently delicate because Michelangelo when he started sculpting it, was given a block that others had worked on,” he explained. “They sort of sculpted him into a corner, so by its very nature, it had to be very thin.”

The original statue of David was commissioned to be placed by Italy’s Florence Cathedral. It was then moved to the city’s Palazzo Vecchio. However, in 1873, it was moved into safe-keeping at the Galleria dell’Accademia, and a replica was placed back in the Florence location. 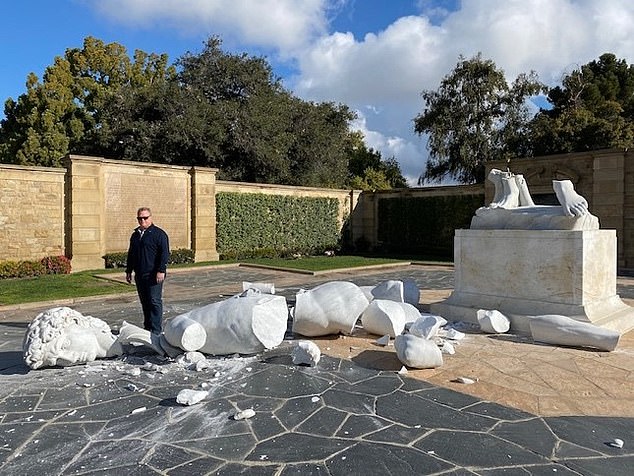 The original statue had fractures in its ankles and legs, which would have made it a lot more vulnerable. The statue was hundreds of years old and weighed about 5.5 tons.

Glendale’s statue was new. It had only been on-site for about six years. Fishburne admitted that its destruction would be a loss for the cemetery’s museum.

“It’s been a beloved artwork for over 500 years from the moment it was created,” he said. “When you stand there beneath it, and it towers over you, it’s a really impressive artistic experience.”

This Glendale replica is the third one to be destroyed by natural causes at the site. One collapsed during the San Fernando Valley’s 1971 Sylmar earthquake. But when a replica was created, that was destroyed in the 1994 Northridge earthquake.

So far, it is unclear why this statue has collapsed – however, some people suspect it was a group of vandals that might have brought it down.

Fishburne said, “We worked with an Italian studio, and it was sculpted in Carrara marble, which is from the same quarry Michelangelo used. It’s as close as you can get to the original. … It’s the same quality and grade.”