Subway Employee’s Response To This “Disrespectful” Order Is Going Viral 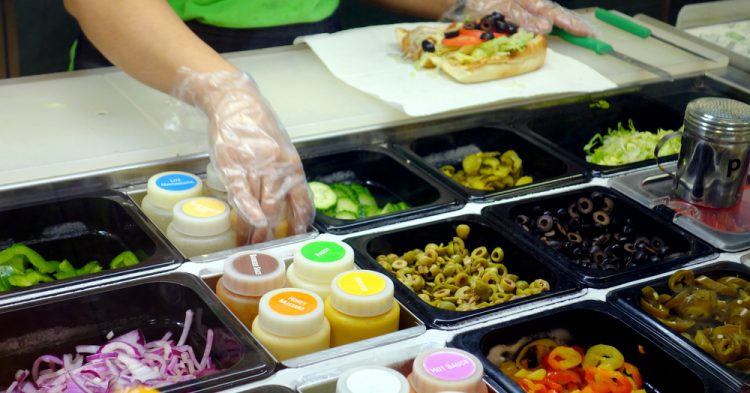 One employee at the fast-food sandwich shop Subway has sparked controversy after turning to social media to complain about a customer’s massive $460 sandwich order. The complaint, which was shared in a now-viral video on the Chinese-created social media platform TikTok, has now racked up thousands of comments about whether or not the employee should have ousted the customer in the way they did – but the employee stands by their viral video.

People on the Chinese social media platform launched a lengthy debate about whether or not fast-food employees should honor every employee request. Or is there a limit? When does an elaborate order become too much for a fast-food minimum wage employee to handle while on the job?

This is not the first time Subway employees have turned to TikTok to expose customers’ disturbing orders. In the past, workers have shared how customers want their sandwich “drowned” or “oozing” with fat-filled sauces, while another video depicted how a customer wanted their sandwich toasted until it was burnt to a crisp in the toaster oven.

However, this TikTok user explained that the sandwich order was so complicated that the store decided to cancel it rather than attempt to try to create it for the customer. In addition, the ridiculously complex order had been placed in the middle of the night at 2:30 am, which made the workers wonder whether it was some sort of a prank. The order totaled $462, and the printed receipt was so big it was longer than the sandwich counter.

Although the video has since been taken down from TikTok, according to Yahoo News, the user shared it along with the caption, “Got this order at 2:30 in the morning. what would YOU do?”

According to Yahoo, the order took place at a Subway shop in Tempe, Arizona. It featured 50 different sandwiches, which would have required workers to get down to business to make dozens of sandwiches in the middle of the night, which is not something they are fairly equipped or staffed to handle.

In the background of the TikTok video, a woman can be heard saying that they will be forced to cancel the order because it is simply too much for the shop to complete.

However, many people on TikTok felt that the Subway shop was wrong to cancel the massive order. They argued that it was the job of fast-food employees to do everything the customer wanted, no matter how challenge or big the order was.

“Do your job,” one person wrote.

“If y’all are open for business, there’s no reason not to make the order,” another person added.

Although many people believed the employees should have completed the $462 order, others sided with the workers, understanding that it was beyond the scope of what they were able to do.

“That’s catering and needs a 24-hour notice,” one user argued.

“This order is so disrespectful. I’m glad y’all canceled it,” another wrote.

Another person ridiculed the person who told the worker to “‘Just do your job,’ says the clowns who have probably never worked at a fast-food chain.”

What’s your opinion? Should they have completed the order?