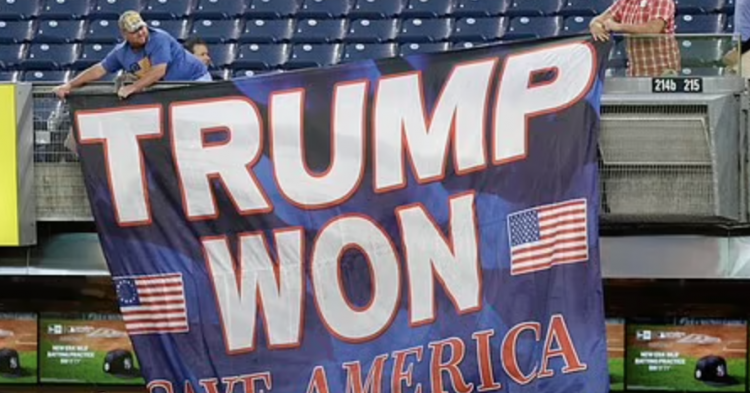 A middle-aged Trump supporter tried to become a household name by hanging a “Trump won” banner at three different Major League Baseball stadiums. Now, 52-year-old Dion Cini has achieved infamy and has been banned from all thirty MLB stadiums because he unleashed the large banner during gameplay. Cini has been traveling across the Northeast to visit various stadiums where he could expose his beliefs to as many people as possible.

Cini unfurled his giant “Trump won” banner at New York’s Yankee Stadium and Citi Field, Boston’s Fenway Park, and Philadelphia’s Citizens Bank Park. Every time he took out his banner, he was ejected from the stadium. However, he claims that he had been told that he would be able to return to games in the future. Now that has changed for him for the rest of his life, and he’ll never be able to enjoy an MLB game in person ever again. 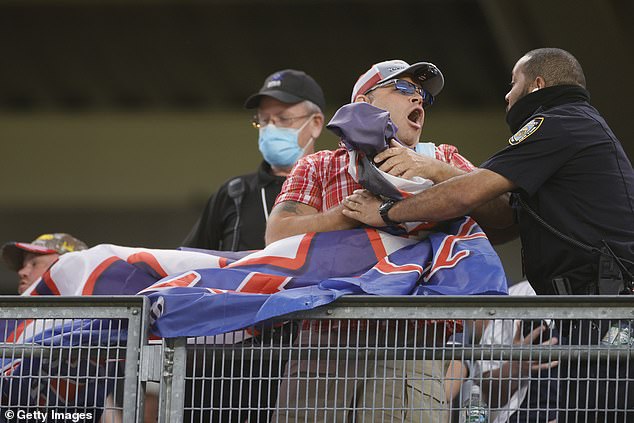 On June 11, 2021, Cini received an official letter from Major League Baseball telling him that he has been banned from all stadiums because of his recent violations of the fan code of conduct. Although the MLB did not comment on Cini’s banishment from MLB stadiums across America, Daily Mail confirmed that the notice was legitimate.

The letter stated, “During the course of the past several weeks, you entered Major League Baseball stadiums in New York, Boston, and Philadelphia for the purpose of conducting ‘flag drops.’ 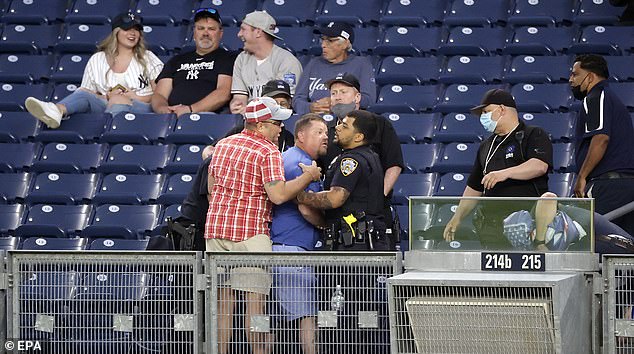 “This activity is prohibited at each of these stadiums, and your fan code of conduct violations resulted in your ejection from each of them. A review of your public statements indicates that you intend to continue this behavior at other Major League Baseball stadiums and that you are encouraging others to conduct themselves likewise.

“For these reasons, and effective immediately, you are hereby banned from all Major League Baseball stadiums and facilities, indefinitely.” 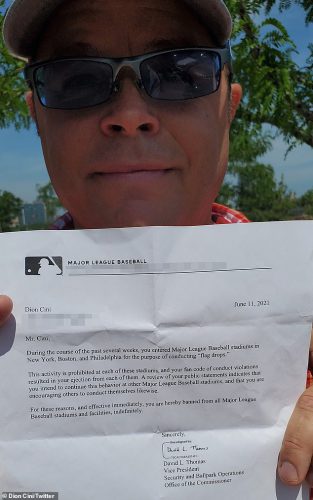 Cini continues to stand behind Trump’s “big lie” about election fraud despite there being no evidence that Trump won. Brandishing his letter of banishment from the MLB, Cini turned to Twitter to share his outrage at having been punished for dropping the Trump flag at the games.

“MLB tips,” he tweeted Tuesday. “Bring water bottles in small tote bag. Flag folds small, stuff pants, wear belt. Duct tape attach to bottles with loop, zip tie to flag. Setup in bathroom when you get in. Only metal on body is phone and hat cam, put in tray. Even my belt is plastic.” 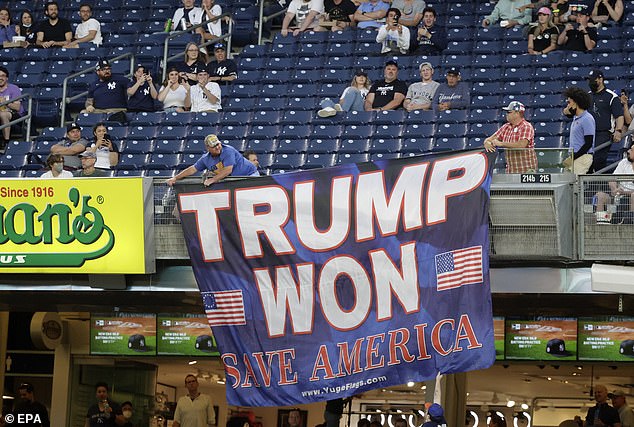 Cini has been bringing Trump banners to MLB games since 2018. He hung a “Trump 2020” banner at a Yankees Game back during Trump’s single term in office.

“After I did Yankee Stadium three years ago, which is Trump’s favorite stadium, he called, and he tweeted, and he Instagrammed, and he said, ‘Thank you, please don’t stop,’” Cini told Business Insider. “I’ve interacted with the Trump family multiple times. I’m not directly part of the Trump Organization, but they know who I am, they know what I’m doing, and they like it.”