The Mother-In-Law Doesn’t Like The Bride’s Vows, So She Decides To Cause A Scene 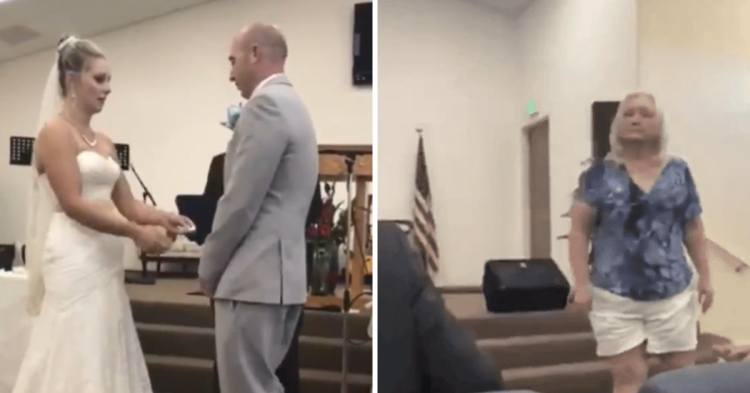 A bride and groom stood before each other to recite their vows. This deeply personal moment allowed them to express how they truly felt for one another. When it was time for the bride to talk about the love of her life, she told him that she loved him completely, including all of his “flaws.” While this sentiment would inspire hope and trust in most people connected to the groom, his mother saw the bride’s statement as an attack on his character.

Footage from the wedding ceremony captured the alarming incident that followed. Because the mother-in-law did not like how the bride spoke about her son, she interrupted the wedding to make sure the bride knew it. After this incident, it becomes clear where, exactly, the groom got his flaws from. Because his mother is incapable of listening to the meaning behind the words, her rigidity brings the wedding to a standstill. 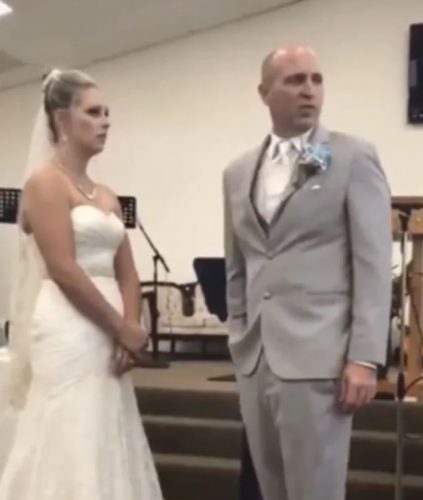 “You’re not going to say my son has flaws,” the mother said from her seat in the front row. Despite the intimacy of this moment, the mother of the groom wants to make sure her objections to the union are heard loud and clear.

At first, others at the ceremony do not realize if the mother is joking or serious. The room is bathed in some awkward laughter as the other wedding guests try to decipher what is going on. Then the bride’s mother-in-law makes it all too clear that she is entirely serious about her attack on the bride. 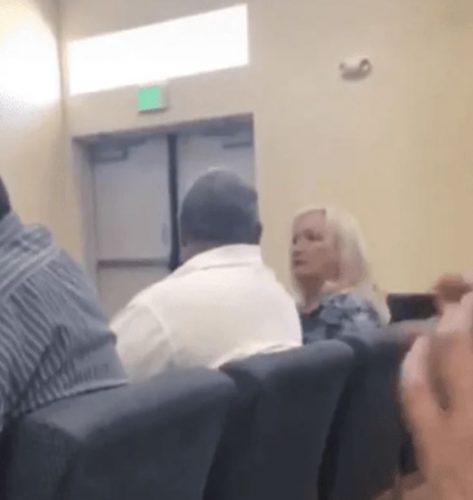 Someone speaks up and tells the mother of the groom that she does not have to be here. This statement of fact does not sit well with the outraged woman.

“No! I don’t have to leave! This dress you’re wearing, we paid for it,” the mother of the groom said, taking a dig at the bride during her special moment.

It goes without saying that the bride and the mother of the groom have not gotten along for some time. While it is not stated exactly what caused the mother-in-law to stand up and interrupt the wedding, it is apparent that she has a lot of painful emotions boiling up inside of her. She just could not hold her peace, so she spoke up just like weddings in the movies. 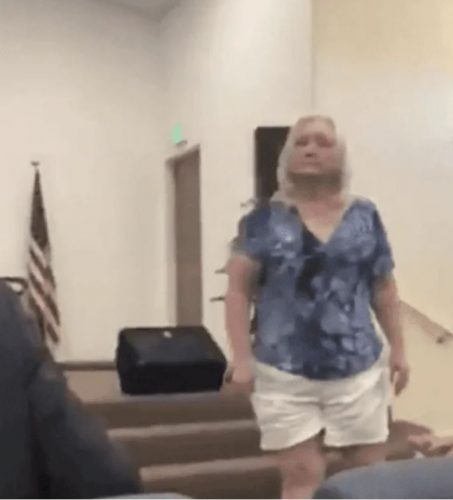 Others agreed that this was not the time to say such a thing to the bride. If the mother had so many issues with the marriage, she should not have bought the bride her dress and supported the process. Instead, she looks bitter and small by interrupting the bride during the recitation of her vows.

“You’re not going to ruin my day,” the bride replied. “Everybody has flaws, and that’s why I love him.”

The mother-in-law scoffed and then slapped back with, “Yeah, like you don’t have flaws.” 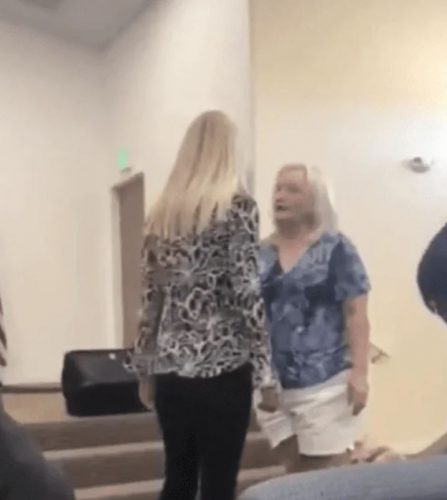 The mother stands up and reveals that she has worn shorts for her son’s wedding.

The bride and groom did not let this woman destroy their love. They’re now married and have a baby together.