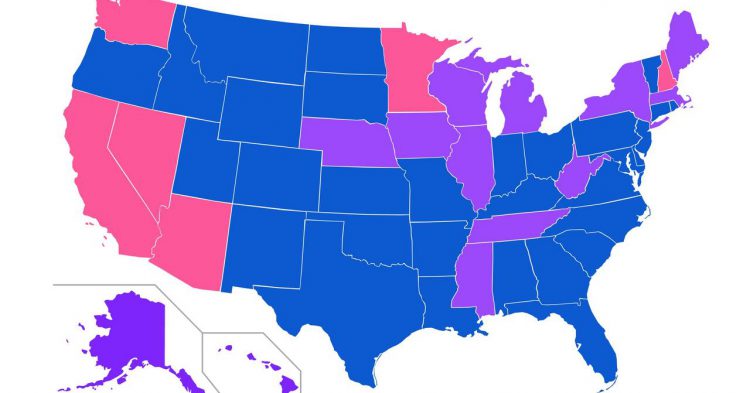 A recent poll has exposed some interesting information about the typical voter in the United States. Many things that were once considered “facts” about voters have changed dramatically over the years, especially since the Trump administration took office in 2017. Now more than two-thirds of Americans would vote a Muslim into the office of the president and about half would vote for a socialist, which were unheard of ideas just a few years ago.

The Gallup poll found that 47 percent of Americans would willingly vote a socialist into the presidency. Senator Bernie Sanders of Vermont is perhaps the most famous Democratic socialist in office and the mainstream media today. He’s planning to run for president in 2020 if he can secure the nomination from the Democratic Party. Socialism is a political idea that guarantees a baseline of comfort to everyday life for all Americans. That means every American would have health care and other basic essentials under a socialist government. 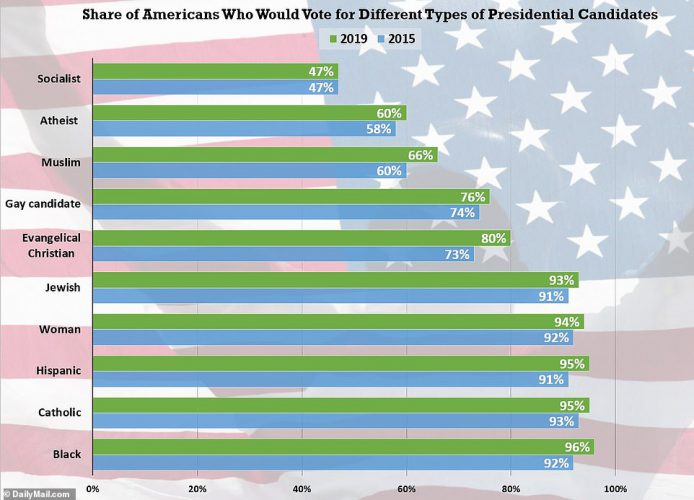 And up to ten percent of where the polls said it was just five years ago, 66 percent of people said they would vote for a Muslim candidate.

According to the Gallup poll, Americans would be more willing to vote for a Muslim presidential candidate than an atheist. 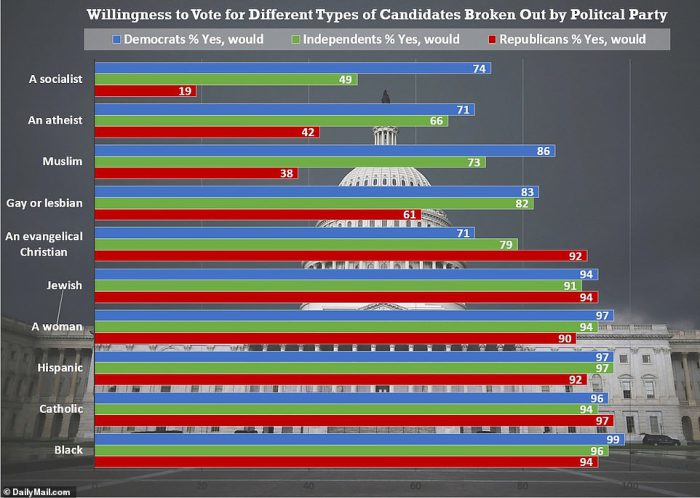 Because younger politicians are coining the term “Democratic Socialist,” the idea of a government for the people in support of everyone is becoming more popular. One of the forerunners of the movement is the Democratic Congresswoman Alexandria Ocasio-Cortez, who has become a voice for the people on the liberal side of the room.

Because AOC is very popular among young people and Democrats in general, she has quickly amassed 4.2 million followers on Twitter, rivaling the reach of the president himself. Nevertheless, people might not be ready for a socialist to hold the most powerful seat in government.

“It’s always been a difficult challenge for a socialist candidate to gain traction in the United States,” Professor Sean Foreman from Barry University in Florida said.

“We have a long history of antagonism toward socialist policies,” the professor told Daily Mail. “It would only be in recent years that it was acceptable to speak about socialist parties as one viable option. The ideas are more popular now, universal health care, free education, and guaranteed wages. But when we think about these things and what it does to individual freedom, then people balk.”

What do you think about the likelihood of a socialist becoming president?