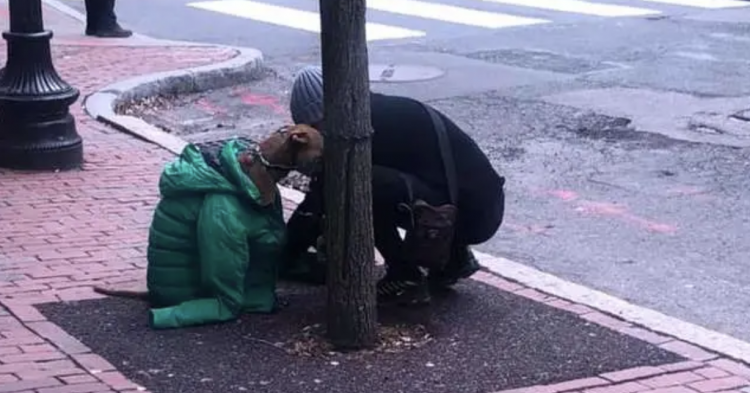 Homelessness is a challenging circumstance. No matter how someone becomes homeless, it is very hard to get out from under those circumstances. With no address, no one to turn to when you’re unwell, homelessness… well… sucks. And all those facts are the same for homeless (stray) dogs like the one Kristina Hollie came across while outside of her job in Cambridge, Massachusetts.

As a person who has a home and a place to work, Hollie prefers to take a bus to work to help save cash and the environment at the same time. During her commute, one morning, she happened to spot a poor pooch left all alone on the street. Because the dog was clearly freezing to death in the cold Cambridge midwinter day, Hollie opened her heart and decided to do something good for the desperate dog – but she had no idea someone was watching her random act of kindness unfold and capturing it on camera. 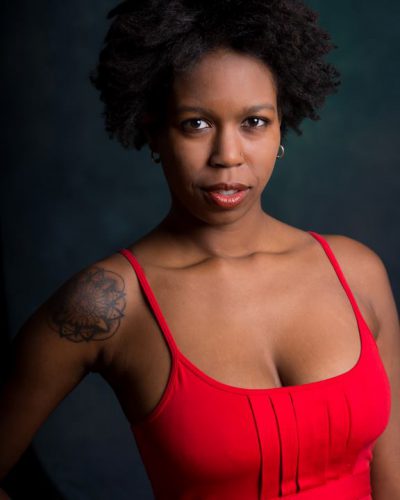 Because winters in Massachusetts can be cold enough to freeze hell over, Hollie proved to the world that she has a warm heart of gold. The dog, which seemed to have been abandoned in the middle of the road tied to a tiny tree, was shivering and dying in the cold. If the dog was left alone for a little bit longer, it would probably have succumbed to the deathly cold of the Massachusetts winter. 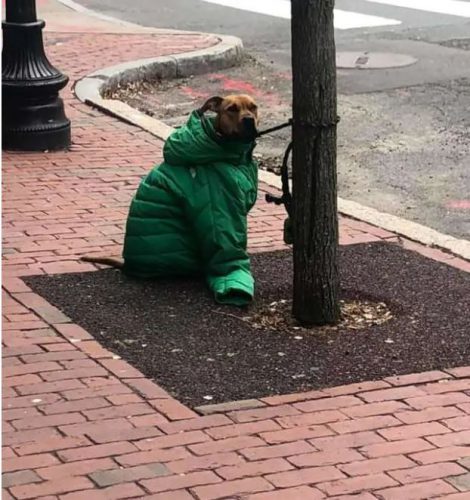 “It was very cold and windy out. I noticed that he was visibly shaking,” Kristina Hollie said. She made the decision to strip off her jacket and wrap it around the freezing dog. 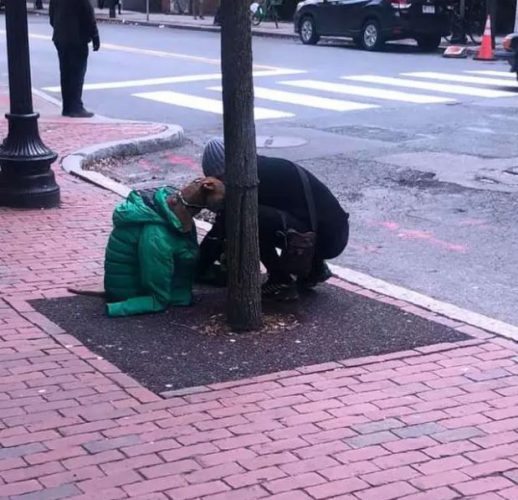 Because she did something that helped the dog stay warm, she was pleased. She took a few photos of the adorable dog, all wrapped up in her green jacket. It was something she wanted to post to her social media channels to share with her friends.

But Hollie had no idea that a random observer was also watching her wrap the pup up in the jacket. It was something that proved how big her heart was, and that’s why it went viral all over the world. People were delighted with her kind gesture and wanted to share the joy of it with anyone who would listen. There’s a reason Hollie’s Facebook and Instagram accounts blew up with support. 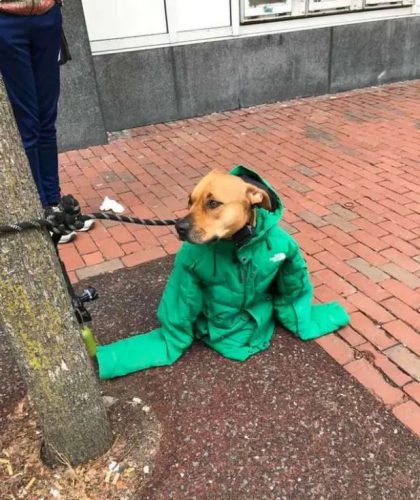 Not every person is as generous as Kristina Hollie. She was willing to take the coat off her own back to warm a shivering dog during a cold Massachusetts winter. Because she proved to be that good kind of person, she has gained notoriety online for her kind act. Now she’s leveraging that fame to share a message of love for all people and animals through her advocacy with the Black Lives Matter movement. 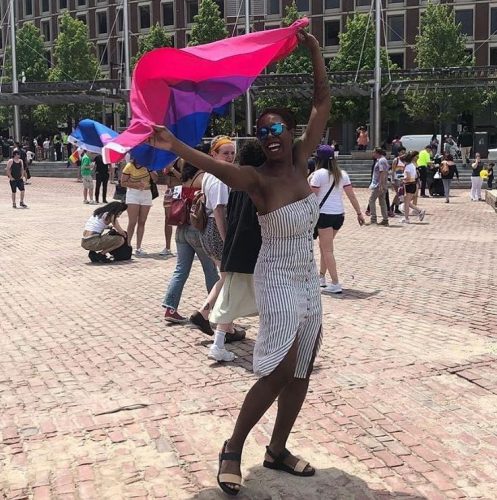 Have you ever seen someone do something so generous for a cold dog on the street? Without a doubt, this action proves that Kristina Hollie has a heart of gold. She’s someone the world needs to celebrate – so we are doing just that! 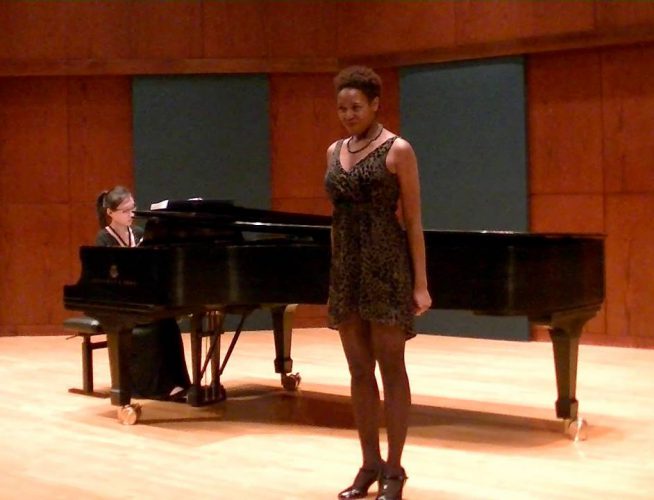 What do you think about her decision to warm up the pup?