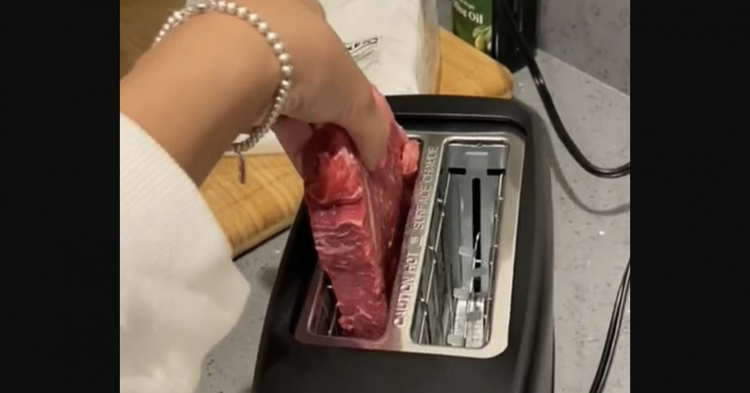 Juliette was hoping to create something special when she put the raw steak in her toaster. Because she was filming the “cooking hack” for her TikTok channel, she thought her followers on the Chinese-created social media platform would love her idea. However, Juliette disturbed viewers when she shared the video of how she was “cooking steak for my boyfriend,” and doing a very poor job at it.

Because Juliette is a young woman, she may not have much experience in the kitchen. However, she will never put the raw steak in her toaster again after she goes through all the comments written by her friends and followers. The young American thought that she was crafty by stuffing her boyfriend’s steak in the toaster. While it might have worked in a toaster oven, her idea quickly shocked people across the social media platform. 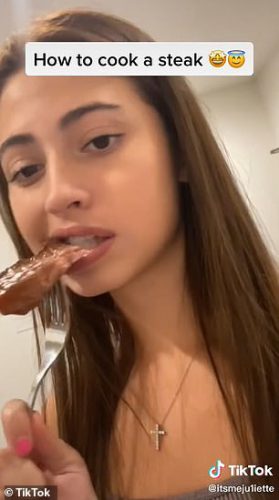 Although the steak seems edible following its stint in the toaster, people were repulsed by her idea. She fishes the cooked steaks out of the toaster and then slathers them in steak sauce to make them more edible. Although the steaks appeared browned outside, their insides are not fully cooked. However, the doneness of Juliette’s steaks is probably something similar to a medium-rare. She cuts into a steak to show viewers how her idea worked. 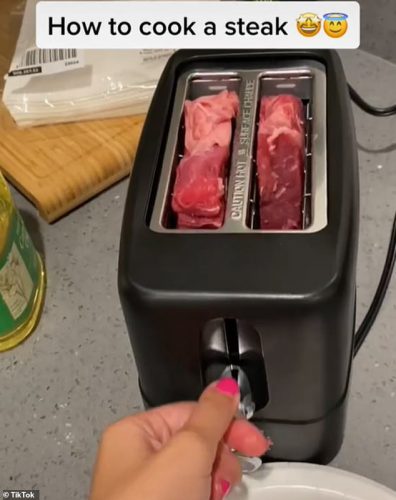 Before long, the video was viewed a staggering 1.6 million times. This goes to show you that anything can go viral so long as it is bizarre enough. People shared many comments both on TikTok and Twitter regarding the compelling video.

“Everything is wrong, toaster, the way she’s eating it, All that damn steak sauce,” wrote one commenter. 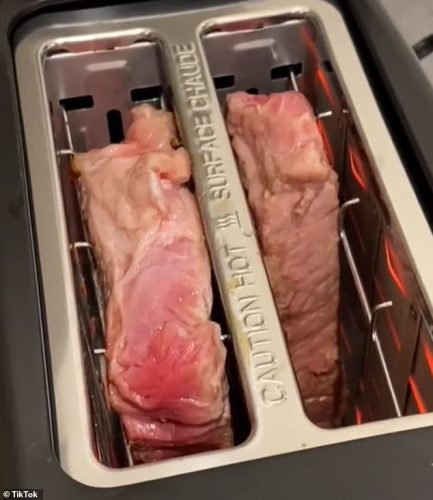 “Nice way to burn the outside and still get salmonella,” quipped another.

“Not only did you use a toaster, but you drowned it steak sauce. Disgusting and disturbing,” tweeted a third. 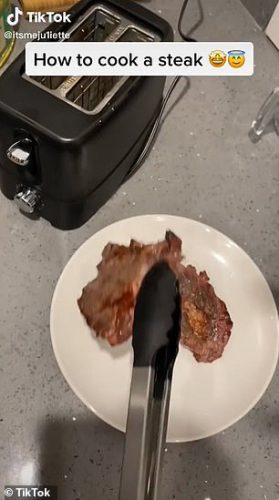 “Not gonna lie.. you deserve jail time,” another person wrote.

One critic added, “Every single day we stray further and further from the Lord.” 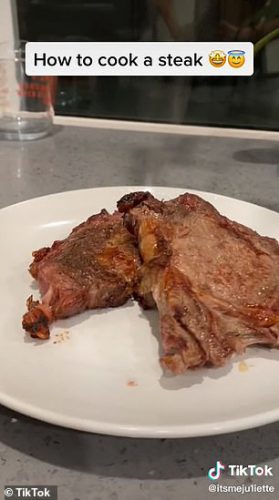 Many people are confused about why TikTok helped this video go as viral as it did. Did the Chinese developers purposely build something into the social media application’s algorithm to make videos like this rise from the heap?

However, a deeper dive into Julilette’s TikTok content indicates that she is more of a comedian than a chef. Her most popular video, which has 24.6 million views, demonstrates how to make gourmet water. In that clip, the young American melts ice cubes on the stove. 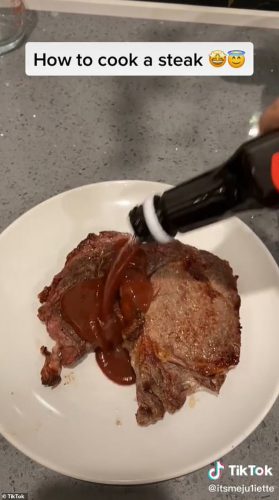 Another video involves hot dogs and a dryer. She tries to cook the logs of meat in the laundry machine. She also filmed herself trying to make spaghetti and meatballs in a coffee pot. All of her attempts at culinary mastery are absurd and bound to make people laugh. 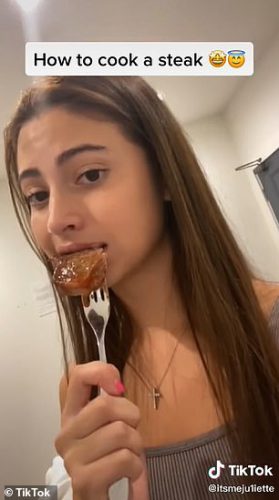 Readers of Daily Mail added more comments to the mix.

“I’m surprised she didn’t start a fire in the toaster. What a horrible way to treat a steak. Both in the way she ‘cooked’ it and then add insult to injury, cover it with steak sauce. What’s the point in eating steak them. Salt, pepper, and butter. Done.”