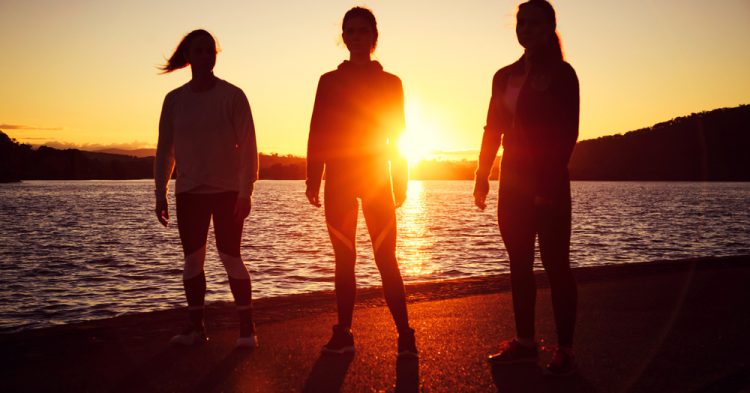 Three young women were brought together through the most unfortunate circumstances. Each of them happened to be dating the same cheating boyfriend at the same time. While the three women could have looked at each other as enemies, they all realized that their shared boyfriend was totally in the wrong. So, all three young women dumped him at the same time and then proceeded to go on a months’ long road trip across the United States together, brought together by the most unusual circumstance.

The three mistreated young women were 19-year-old Abi Roberts of Salt Lake City, Utah, and Bekah King, 18, and Morgan Tabor, 21, who both hail from Boise, Idaho. After these brave women learned that they were all dating the same man, they united and formed a pact with each other. They all dumped the bum and then decided to celebrate their newfound freedom by renovating a 30-year-old school bus and going on a road trip together.

While it took two and a half months to renovate the old school bus, the three wronged women could not be more excited about their American road trip. At the time of this writing, they last shared an update from Bozeman, Montana, where they’re camped out and enjoying nature and going on hikes.

“We’re living our dream life, having a blast,” Tabor said. “It’s incredible to think that it happened because of him.”

The three women learned the truth about their shared boyfriend during the holiday season at the end of 2020. Tabor first got a sense that something was wrong with her boyfriend, who vowed he would be faithful to her and her alone after several years of on-again, off-again dating.

However, Tabor soon discovered that her 20-year-old boyfriend was sending flirty text messages to other women.

“I had this uneasy feeling that I couldn’t shake, so I looked up one of the girls’ names on Instagram,” said Tabor. “Almost all of the photos on this girl’s page showed her with this guy who I’d thought was my boyfriend.”

Tabor reached out to the other woman via Instagram and revealed the truth to her. She was just as shocked. Together, the pair did some more research into the cheating boyfriend and found that he was also dating another woman – Roberts.

“When Morgan contacted me, it was the most insane feeling ever,” said Roberts. She had been in a relationship with the boyfriend since Halloween last year and was told that their relationship was exclusive. “This guy had literally slept at my house the night before, kissed me goodbye, and said he was driving back to Boise [from Utah] to visit his family.”

Then, the boyfriend came to Tabor’s house while she was on a Facetime call with Roberts.

“‘Hey, look here,’” she recalled telling the cheating boyfriend. “‘I’ve made some new friends.’ Watching his face drop when he saw who I was talking to on FaceTime was the most cinematic moment ever.”

The three betrayed women became closer and decided to meet up in January. That’s when they began hatching their plan for the American road trip.

“What this guy did to us doesn’t define our lives,” Roberts said. “We all feel really blessed that we found each other. We’re friends for life.”