Washing Machines Get Recalled After They Start Catching On Fire 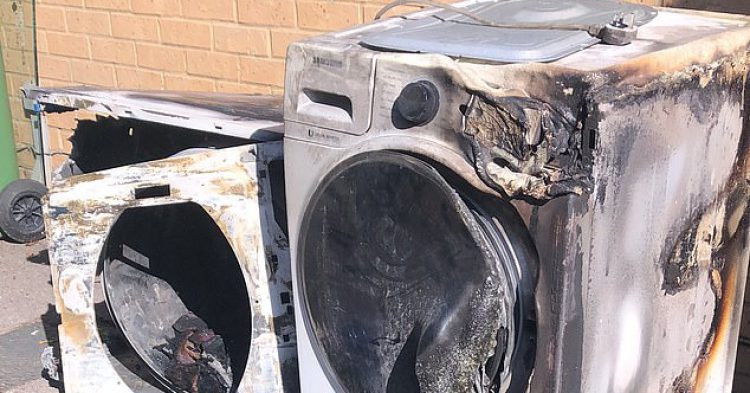 Unless you live in a metropolitan area and go to a laundromat, you probably wash your clothes at home. That means you have access to a laundry area. These areas are usually pretty tight, which means that the United States manufacturer of washing machines could put your life at risk. The company has admitted that their washing machines are prone to catch fire, and therefore the company has issued a mass recall to take back the faulty products and make sure people get better ones instead.

Now, Whirlpool could face criminal prosecution for putting lives in danger. Since the washing machine fires were very dangerous and caused a lot of damage, the company acted too late and did too little to stop the danger from spreading. The company has issued an alert over half a million units of their Hotpoint and Indesit appliances, asking customers to bring them back to the store for the recall.

However, the government could be trying to build a case against Whirlpool in the wake of this disaster, which the company admitted put a lot of people in danger. There were about a half-million units that posed a fire risk.

The government regulator in charge has refused to release copies of their correspondence with Whirlpool. They are refusing the release these documents because they don’t want to jeopardize “potential future criminal proceedings” against the manufacturer that might happen after it completes its “ongoing investigation.”

The reason that Whirlpool is in hot water is that the company delayed issuing a warning to its many British customers. They did now share the warning about the fire-risk of their appliances in a timely manner, which meant that people were operating the dangerous machines while they could have been hurt.

The washing machines have been igniting as far back as November 2016 and have resulted in at least 79 documented fires and ten injuries.

In a statement back in October 2019, the firm said that it would set aside tens of millions of dollars – to the tune of about $100 million – to deal with the problem and re-compensate customers. It took the company an additional eight weeks to issue the safety recall in Britain than it did for its American customers.

Reporters submitted a Freedom of Information request to the Office for Product Safety and Standards (OPSS), asking for copies of the government’s correspondence with the executives at Whirlpool. However, cronies at the OPSS denied the request on the grounds that the information inside might be used in a future criminal prosecution case.

It is illegal to place an unsafe product on the market. Whirlpool might have knowingly sold the fire hazard to its British customers to make a quick buck.

Will you still trust Whirlpool products?